By SHADOH (self media writer) | 8 months ago

Manchester united will have a busy summer this season following their poor run of form last summer.United will have to play for as underdogs in Europa league as they missed the chance to play in Champion League despite the big name signing they signed last season.The signing of Cavani,Ronald,Varane and Sancho was to make united stronger but all four could not stir united to champion league or win any title. 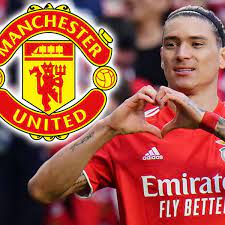 Following the poor results united parted ways with Solkjer and signing the Ragnick as their caretaker but he still couldn't make it to make united fierce again instead he took them to number 7 with the worst result ever.His tenure at the theater of dreams comes to end at the end of season and handed over to Ten Hang. The Manager has instructed his siniors to move with speed and secure the signing of Jurien Timber and Nunez.The two duo would cost united around 115million and Hang is willing to pay for the lads.He has worked together with Timber at Ajax and he sees him as the missing jaw in the united defence woes.Julian is young and a baler who will confidently go straight to the first team and replace the deteriorating Maguire.

United lack a natural finisher for quite sometime and Nunez who would cost united around 80million is already on united rander.Ten Hang has placed an offer on the table for the Benfica forwad.He wants him in his plans for the next season.Nunez is a big move if united succeed to land him this season and will be able to compete for big titles again. 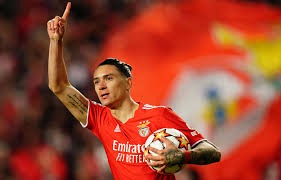 Remember to follow for great and breaking news as they emerge ....don't miss anything.

Content created and supplied by: SHADOH (via Opera News )