Leicester City middle block Wesley Fofona has dropped a transfer hint amid Chelsea interest in him as Leicester City remains adamant that he is "not for sale". 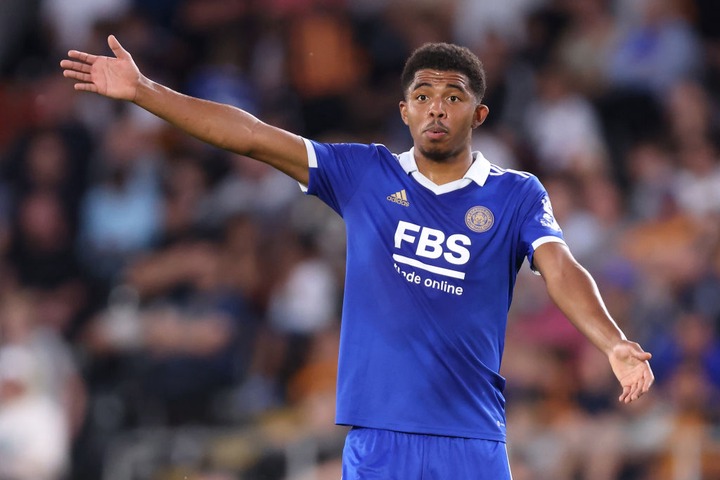 The Frenchman was included on Chelsea's radar weeks ago after the West London club failed in their pursuit of Sevilla gem Jules Kounde who made a decision to join Spanish outfit Barcelona.

The Blues are also seeing Wesley Fofona as the man who can fit the boots that have been left by Antonio Rudiger and Christiansen who swapped Stamford Bridge for Santiago Bernabue and Nou Camp in that order this summer.

Speaking about this move barely days ago as reported by football London, Leicester City head coach Brendan Rodgers reported that Wesley is not for sale adding that the player himself was happy to stay at the club beyond this summer. 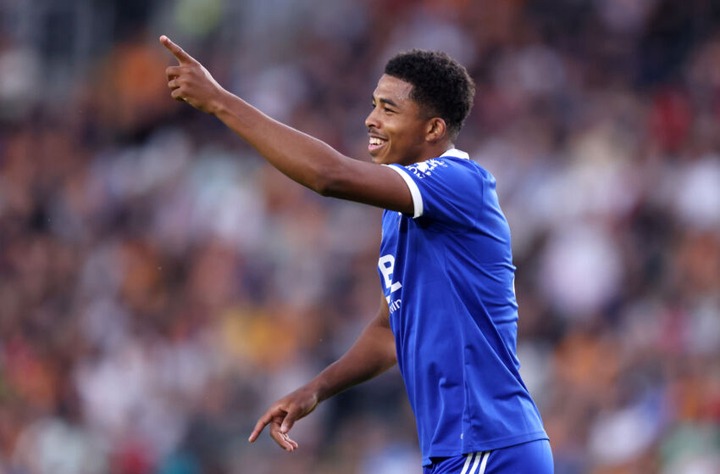 However reports by transfer guru Fabrizio Romano reveals that Chelsea are out to do anything it requires to acquire the services of the defender. According to lequipe via Fabrizio Romano on his officially twitter account, Chelsea's bid worth £60 million has been turned down by the club.

Additionally, from Fabrizio tweet, Fofona is already revealing where he wants to play next season. He says that Wesley also wants this move, something that could be a plus on Chelsea's side.

Chelsea have submitted £60m proposal for Wesley Fofana, confirmed as advanced by @lequipe. Bid has been turned down by Leicester as they insist on not-for-sale stance.

Been told Chelsea are preparing another approach, they want to push for Fofana and he wants the move." 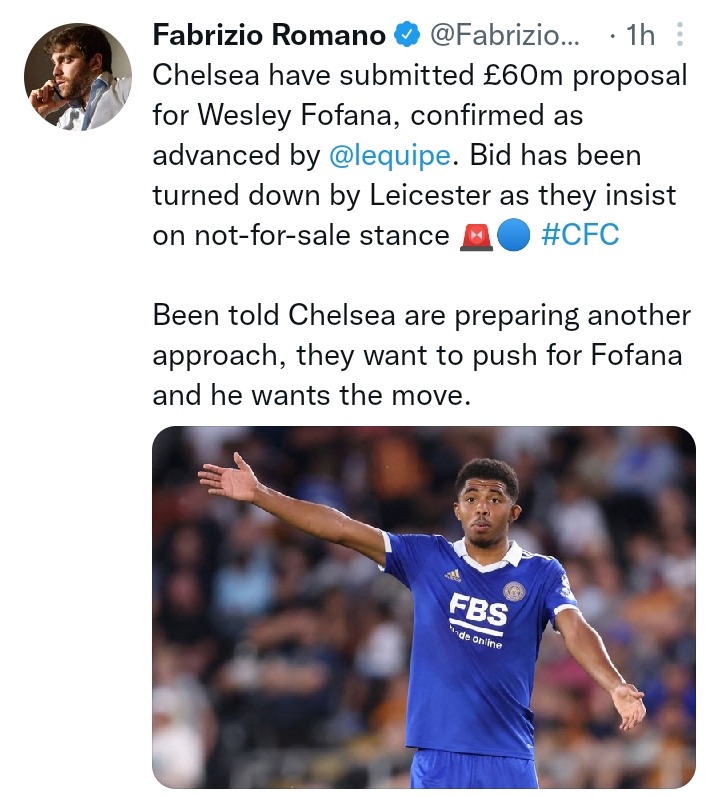 Should he join Chelsea this summer, Fofona will join Raheem Sterling and Koulibaly who have already joined the Blues from Manchester City and Napoli respectively.