Bologna will be hoping to return to winning ways here following the 2-1 Serie A defeat last time out to Cagliari.

In that game, Bologna managed 47% possession and 9 attempts on goal with 3 on target. The scorer for Bologna was Riccardo Orsolini (54'). On the other side, Cagliari had 13 shots on goal with 4 on target. Leonardo Pavoletti (71') and Gastón Pereiro (93') scored for Cagliari.

Siniša Mihajlović's Bologna have found the net 8 times in their past six outings. The corresponding tally of goals that have been scored against them in that time amounts to 9.

Coming into this clash, Bologna haven't won against SSC Napoli in their last 4 league matches.

Following on from suffering a loss in their previous game against Fiorentina in Coppa Italia action, Napoli and their travelling supporters will be hoping that they can get a better result in this one.

In that match, SSC Napoli had 48% possession and 14 shots at goal with 5 of them on target. For SSC Napoli, the goalscorers were Dries Mertens (44') and Andrea Petagna (95'). At the other end, Fiorentina got 17 shots on goal with 8 of them on target. Dušan Vlahović (41'), Cristiano Biraghi (57'), Lorenzo Venuti (105'), Krzysztof Piątek (108') and Youssef Maleh (119') scored for Fiorentina. The match was eventually decided in extra time and won by Fiorentina.

In 5 of the past six games involving SSC Napoli, a notably low volume of goals have gone in between them and opposing sides. The overall average number of goals per game in that spell comes out as just 2.17, with the average goals for Partenopei equalling 0.83. 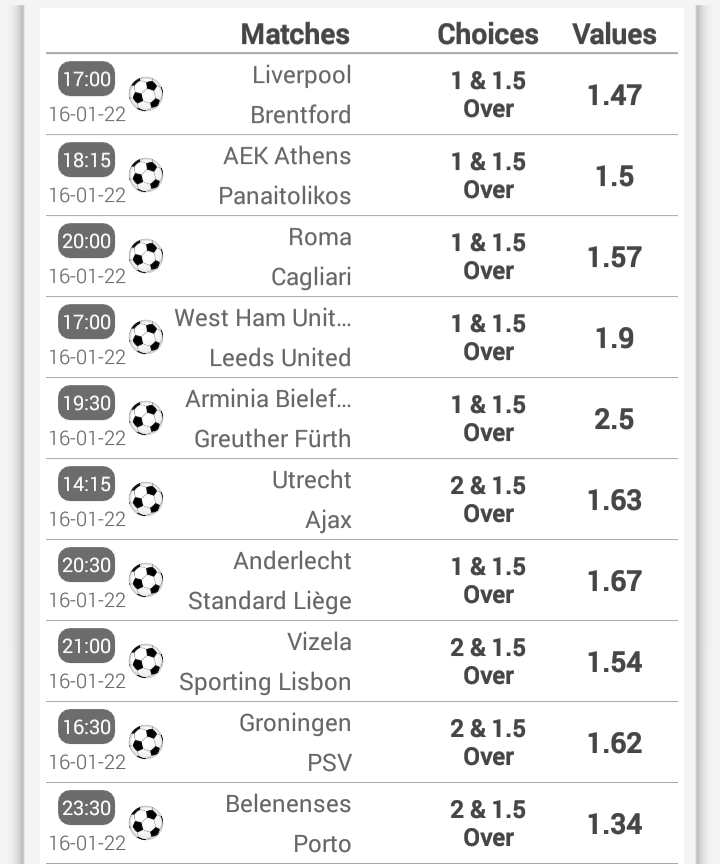 Fiorentina will be looking for a repeat result of the 2-5 Coppa Italia triumph versus SSC Napoli.

It’s been a rare occasion in recent times where Fiorentina haven’t conceded. The reality is that Fiorentina have seen their defence breached in 5 of their previous 6 matches, letting in 10 goals in the process.

Going into this one, Fiorentina haven't lost in the league to Genoa in their last 4 matches.

Following on from tasting defeat last time out to AC Milan in Coppa Italia action, Genoa will be aiming to make amends here.

It is worth noting that Genoa have made hard work of scoring goals over their last 6 games, contributing the unsatisfactory return of just 4. In those matches, Il Grifone have also seen the overall goal tally of their opponents equal 8.

Cliftonville will be looking for an improved result here following a 0-2 Premiership defeat in their last game at the hands of Crusaders.

Their most recent results reveal that huge efforts have been put in by the Cliftonville rearguard. Cliftonville have been miserly, resulting in the number of goals that have flown into the back of their net during their last 6 clashes standing at 4. Still, we must now wait to see if that pattern will persist here in this game.

Coming into this fixture, Cliftonville haven't lost in the league to Glentoran in their last 2 matches.

Following on from tasting defeat last time out to Larne in Premiership competition, Glentoran and their travelling supporters will be hoping that they can get a better result in this one.

In their previous six clashes, Glentoran have helped themselves to a tally of 13 goals. Glentoran have also not failed to score in every single one of those games. During those fixtures, they have seen 5 goals scored by their opponents.

Going into this contest, Glentoran are undefeated in their last 8 away league matches. They really have been good on their travels.