With less than two weeks to the opening of the summer transfer window, prominent clubs have ignited deals in an attempt to polish their squads. Top players such as Robert Lewandowski, Paul Pogba and Di Maria have had their future doubtful at their current clubs and could move out. Here is the latest done deal and top transfer news hitting headlines.

Tottenham Hotspur has confirmed the signing of Ivan Periodic from Inter Milan on a free transfer. Perisic has agreed a two year contract deal with Tottenham which will see him reunite with Antonio Conte who managed him at Inter Milan. Giuseppe Marotta, Inter's CEO has confirmed his attempts to keep the 2018 world cup runner-up but failed. Perisic has expressed his interest in Tottenham after they qualified for the Champions league after the end of the season. Chelsea were also linked with him but Spurs seem to be a step ahead (Skysports). 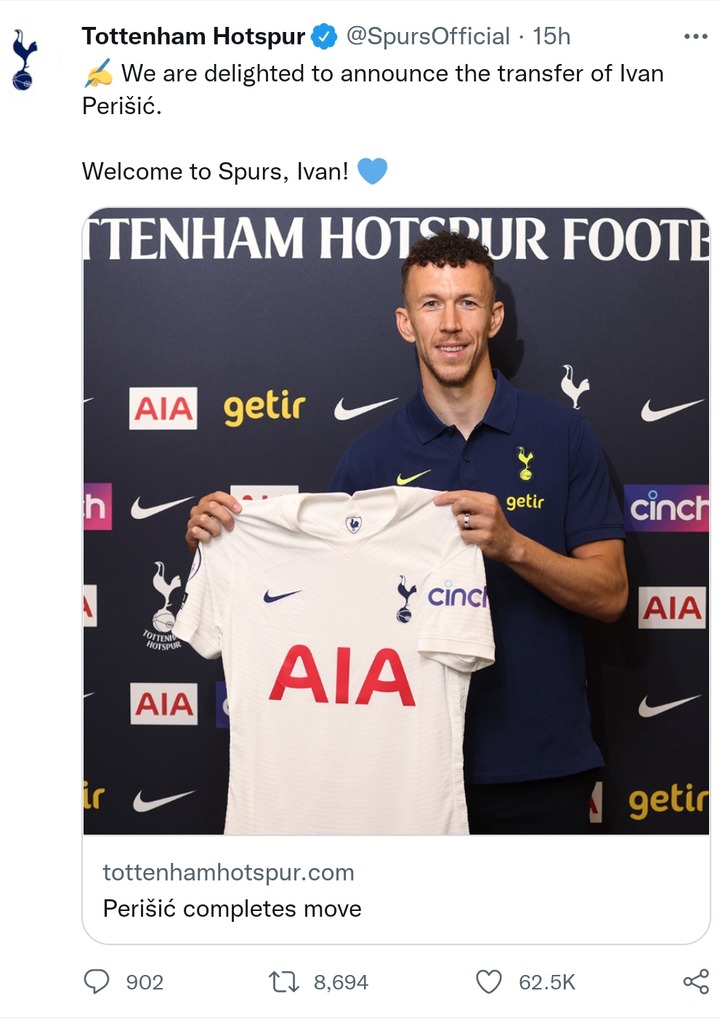 Manchester United fans have something to smile at after the club expressed interest in signing Robert Lewandowski. The striker has demanded his exit from Bayern Munich despite having an extra year on his contract. Manchester United are looking to rebuild their squad and thus have joined the race with Anthony Martial likely to leave. Bayern are yet to make their decision but their interest in signing Sadio Mane could be aimed at softening the exit of Lewandowski ( Source, Skysports).