By ThePureAfrican1 (self meida writer) | 28 days

Man United displyed a great football play in their come back away win against Tottenham Hotspurs. The Red Devil's won 3 - 1.

The win saw manchester United add three points totaling to 63, they are second a 11 points behind Manchester City who lead the EPL table. 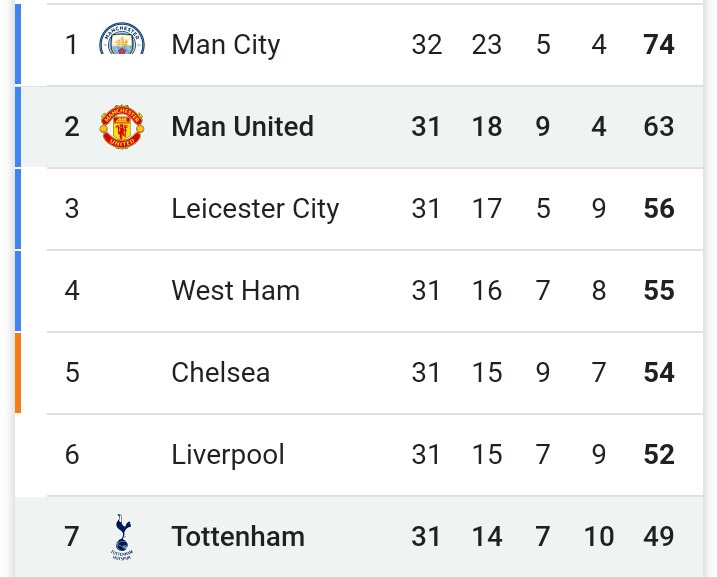 Manchester United were denied a goal in the first half after the refferee checked in the VAR and cancelled the goal scored by Cavani after a Superb Paul Pogba's assist, claiming Scott Mc tominay had earlier fouled Son. Son opened the scoring for Tottenham a few minutes later after this incident giving Tottenham the lead.

Manchester next task will be in the Europa league where they will play Granada in the second leg tie of the Quarter final. Manchester United are currently enjoying a 2 - 0 aggregate.

Man United vs Liverpool - May 1

Aston Villa vs United - May 8

Man United vs Leicester - May 11