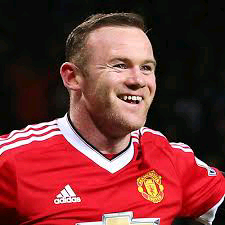 Manchester United legend, Wayne Mark Rooney is an English professional football manager and a former player. He was being appointed as the manager of EFL Championship club Derby County for the 2021/2022 football season, for whom he previously served as interim player-manager.

Despites that Derby County is currently sitting on the last spot in the league table, Wayne Rooney has done a great job since his appointment. 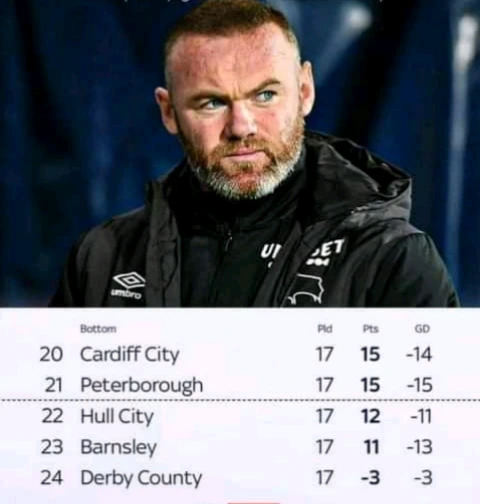 Note that, Derby County entered into administration earlier this season, meaning that they could not pay their players, staff and the outstanding debts. For this reason, a total of 21points were deducted from them, after they admitted to breaching the English Football League accounting rule. Additionally, they also got barred from making any new signings, in the summer transfer window.

However, the whole issue that faced the club did not deter Wayne Rooney together with his team, from brilliant perfomance.

Undoubtedly, it is worthy to say that, Wayne Rooney has really done absolutely great job despites managing the squad he inherited last season with addition of players on free transfer and the use of homegrown talents.

Wayne also improved the team's play pattern tactically, by deploying the right formation on regular basis. At times, he deploys the 4-3-3, 4-2-3-1 and other set up, depending on the opposition they face.

Following Wayne's interpersonal skills, he has also tried to improve the mentality of the players who might be nervous and uncertain about their source of income, now that the club is unable to pay their wages.

Finally, Wayne has a justified reason to resign from the club but still stayed put at the club to help them because some managers would not have done what Rooney has done so far.

As a reader what have you learn from Wayne's coaching?