By Bushkid (self meida writer) | 7 days

Chelsea is one of the clubs with a better squad for next season in Europe. The squad is complete with the likes of Kai Havertz, 'warner' and silver who are best Chelsea signing of last season.

This is the squad that have won the UCL 2020/21. With this squad, they are complete only lucking a striker as Olivier Giraud will leave the club in the summer. Tammy Abraham is still in talks with the club over his future. He is also expected to leave and join Roma of Italy.

'Haaland' is the only striker with a link to Chelsea. With him Chelsea will be complete and ready to face any club across Europe. 'Haaland' is the best youngest striker in the world of the decade and the most expensive.

Chelsea is ready to give 90 million Euros to Dortmund for 'Haalands' signature as he is only 20 years old. This is how Chelsea will line up with both 'Havertz', Werner and 'Haaland' at the attacking force.

At goalposts we shall have Mendy the Senegalese international as the first keeper. Defensive 'Chiwell' will take the left wing as James takes the right wing. Silver and' Rudiger' will be the central defenders.

Midfield shall be taken by ' Jorginho' as number eight, 'Kante' number six, and Mount as number ten.

At the striking force, Werner will take the left wing, 'Havertz' right wing and 'Haaland' as number nine. With this line up, Chelsea will be lethal by next season and might win the premiere league and UCL for the second time in a row . 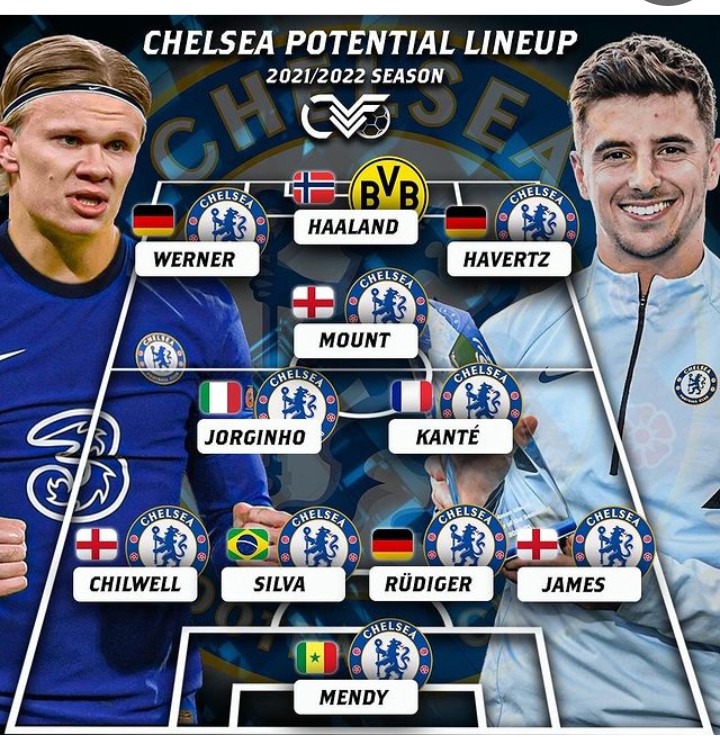