By ArtimonySports (self media writer) | 2 months ago

Being one of the best holding midfielders in the world, the Brazilian player in most of the times in his game he is awarded with Red Card in his rough game

Vidal is one of the short tempered footballers playing for inter Milan as a midfielder known for his defensive tactics.

Switzerland assistant captain is Arsenal holding midfielder with sometimes being awarded red card due to his massive careless while playing in the field.

Portuguese defender is one of the experience defenders in the world currently playing for Fc Porto his defensive tactics which put him danger of being penalized.

Zaha is one of the best wingers in Europe that's for his high base and nice controlling of the ball with great finishing of the ball currently playing for EPl club Crystal Palace. 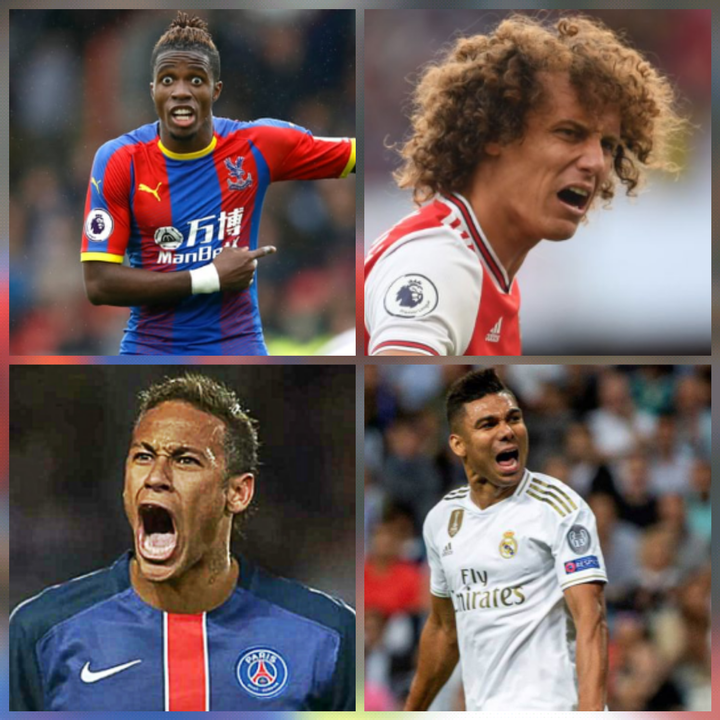 Being one of the best defensive midfielders known for his great defensive skills and long cross passing know playing for Paris saint Germain.

Brazilian and Paris Saint Germain winger is one of the players whose reactions is so fast that makes him so hungry everytime he is challenged by his opponents.

As young as twenty two years Richarlison has been shinning in both the international duty and even while playing for his club Everton. In every game his reactions when he come to contact with other players shows how the Brazilian winger rudeness.

Brazilian defender known while }playing for Arsenal and Chelsea known for conceding the ball and clearance inside goalkeeper box, in every competition the central defender could be given a card either red or yellow.