Juve boost their hopes of a top four finish.With Cuadrado the unlikely hero

By JCasidy (self media writer) | 6 months ago 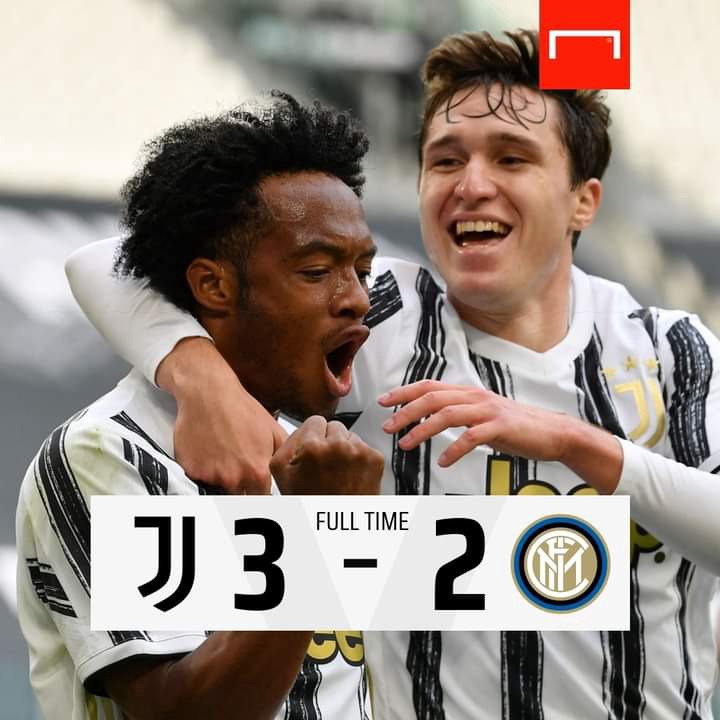 Juan Cuadrado scored twice as The Old Lady saw off newly crowned Serie A champions Inter Milan by 3 goals to 2.Considering their stature and the fact that they've dominated the league over the past couple of years..its hard to imagine fighting for champions league qualification.

Juventus have had such a rocky perch since the departure of Massimiliano Allegri loosing their fear factor despite the presence of Portuguese superstar Cristiano Ronaldo.Imagine Ronaldo playing in the Europa league???.

They just somehow managed to retain their title last but former Juve coach just proved to be too much and knocked them off their perch with Inter Milan.Andrea Pirlo had a stellar playing career loaded with trophies but his managerial career seems not to have started not in a similar manner.

With the impending arrival of Jose Mourinho at Roma the beginning of next season..we'll find out if Pirlo has what it takes to battle the big boys and the first step to that might be to keep Cristiano around longer...and I don't playing in the Europa league sounds so appealing..

Content created and supplied by: JCasidy (via Opera News )