Sports journalism in Kenya is synonymous with Mike Okinyi. His in-depth knowledge of matters sports- both local and international-and experience has earned him a place among the best if not the best sports journalists in the country. He has risen through the ranks from sports news presenter to a sports editor at the station.

He studied broadcast journalism at the University of Nairobi. 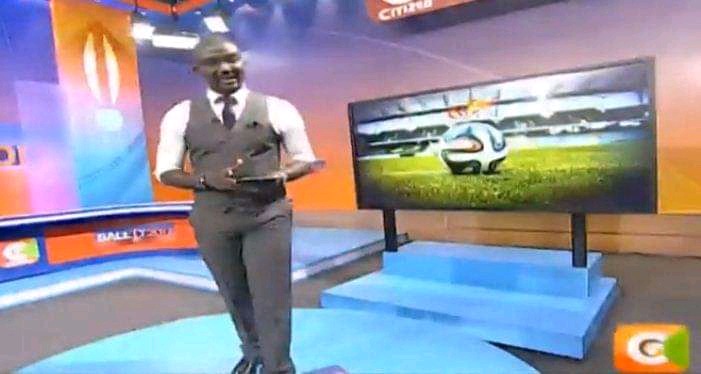 Mike has been a sports editor at Citizen TV for 10 years now. He was elevated to the position in March 2010. In the course of his career, he has managed to gain quite a huge audience. Apart from this, he has also authored several articles related to sporting activities in Kenya. The articles provide deep insights into volleyball, football, and boxing among others.

The sports anchor also doubles as a moderator. In January 2019, Okinyi was appointed by the World Athletics Under 20 Championship as the Media Broadcast and Communication Director.

He was appointed by former Sports, Culture, and Heritage Cabinet Secretary Rashid Echesa, right before he was fired as a CS. Rashid also appointed Chris Mbaisi, the president of the Sports Journalists Association of Kenya (SJAK) to deputize Mike Okinyi. The two were to be part of the committee appointed to host the 2020 International Association of Athletics Federation (IAAF)World Under 20 Championships. The committee’s function was to offer the best high-level organizational standards for the hosting of the world championships in Nairobi.

The journalist is married to Dorothy Okeyo-Okinyi.

In 2015, he was awarded the Mohamed Amin Africa Awards in the Best sports Content Category. He received the award together with fellow journalist Wahiga Mwaura.