By DeepAnalyser (self meida writer) | 24 days

Ever since he set foot in the Premier League to play for Leicester City, N'golo Kante has established himself as one of the finest defensive midfielders in the world. He has won a trophy every single year since he came to England. His performance last season, especially in the Champions League, saw Kante being mentioned as a possible winner of this year's Ballon d'Or. 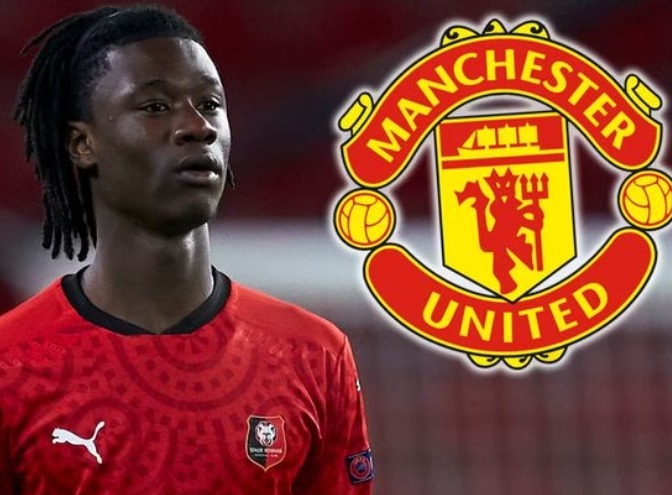 Manchester United have been looking for a player in the mould of Kante to elevate them into title contenders next season. It seems they have found their solution. Recent rumours suggest United are in talks with Rennes for the transfer of highly rated French midfielder Eduardo Camavinga. 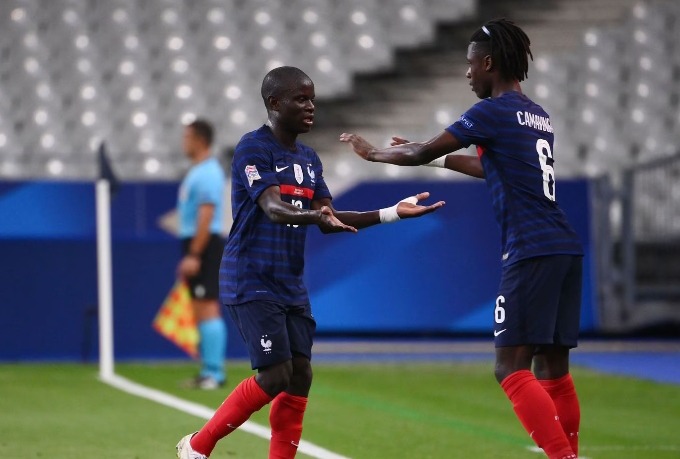 The 18 year old is seen as the potential successor to both Paul Pogba and N'golo Kante because of his playing style. Not only is he a good dribbler of the ball but his defensive display is one of the best in Europe. In fact he compares favorably to Kante in terms of stats. 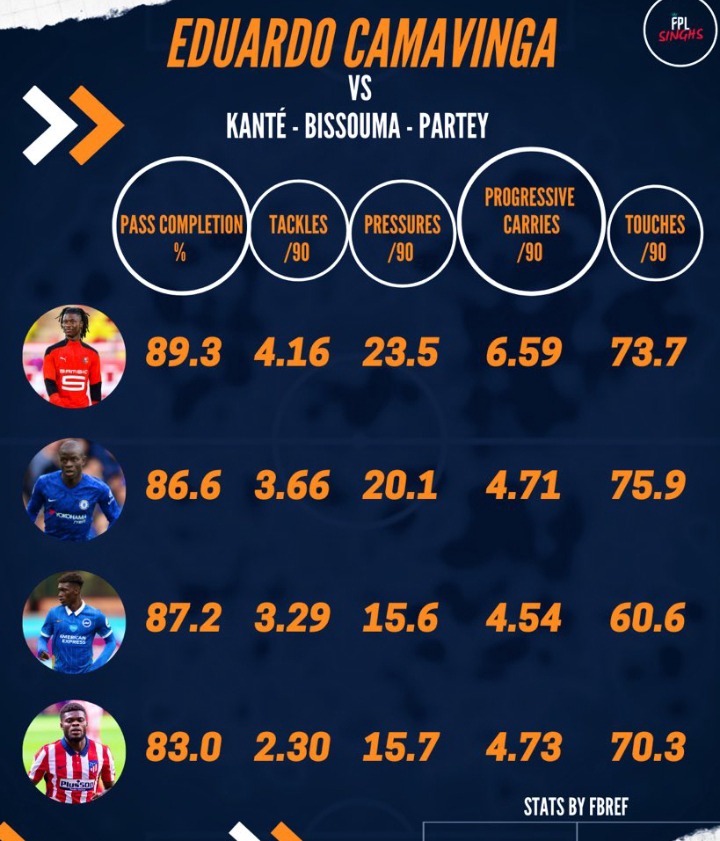 When compared to some of the best defensive midfielders in the Premier League i.e. Kante, Bissouma and Party, Camavinga is found to outperform all of them in midfield Superiority. The above stats show that Camavinga is the superior midfielder than the others who are older than him. 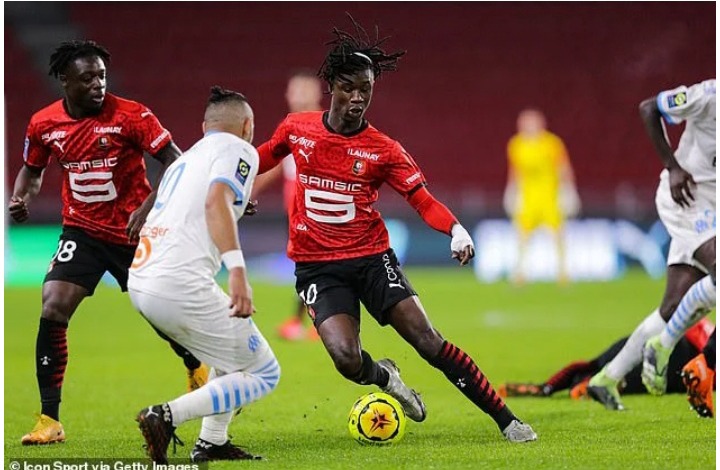 Although people can say that he plays in an inferior league in France, there is no denying that Camavinga is a good player with so much room to develope his game further. What do you think? Can he make it in the Premier League?

Manchester City midfield trio that will be unstoppable next season(opinion)