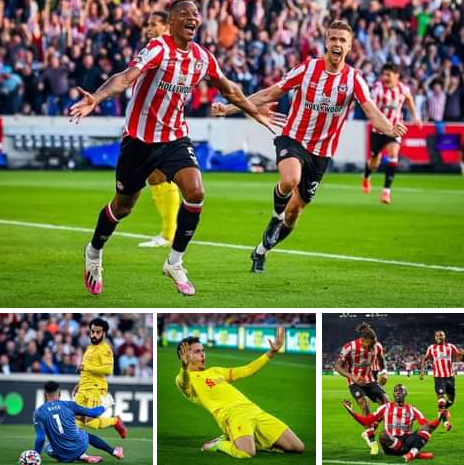 Liverpool were stunned at Brentford Community Stadium by the hosts The Bees who held them into a 3-3 draw to drop 2 vital points. Liverpool were down in the 27th minute after Pinnock opened the scoring after Toney clever assist before the visitors equalized 4 minutes later through Diogo Jota who was assisted by Henderson to force 1-1 draw at halftime. Mohamed Salah became the fastest Player in Premier League history to hit 100 goals in fewest games (151 apps) after scoring the second goal for Liverpool. 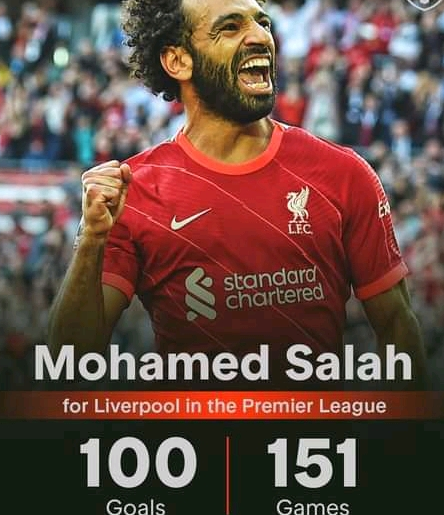 Liverpool came back to the second half hungry for more goals and went up in the 54th minute through Mohamed Salah who was assisted by Fabinho before Janelt equalized for Brentford 11 minutes later. Liverpool scored the 3rd goal in the 67th minute through Curtis Jones who was assisted by Robertson before Substitute Wissa who scored in the 82nd minute to force a 3_3 draw. After the 3_3 draw, Liverpool climbed up to position 1 in the EPL standings with 14 poiints while Brentford climbed up to position 9 with 9 points. 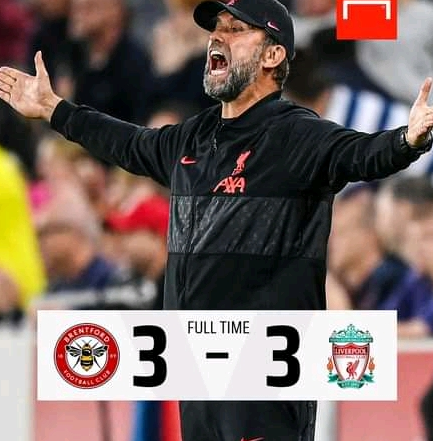 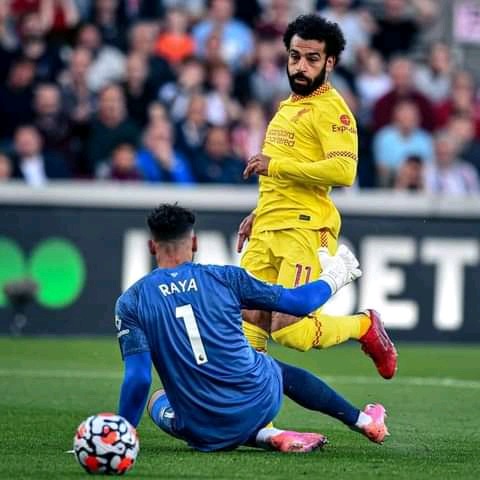 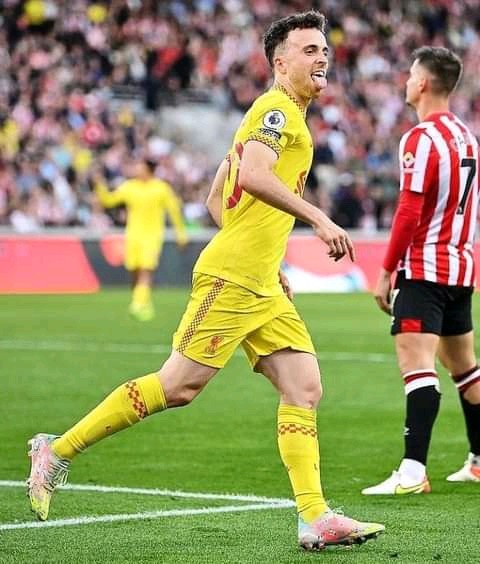 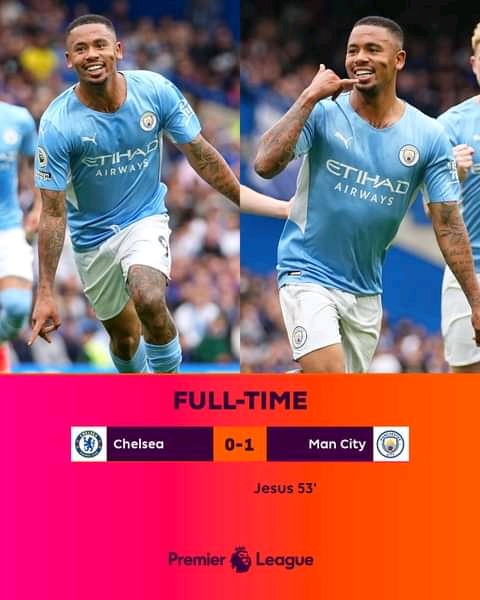 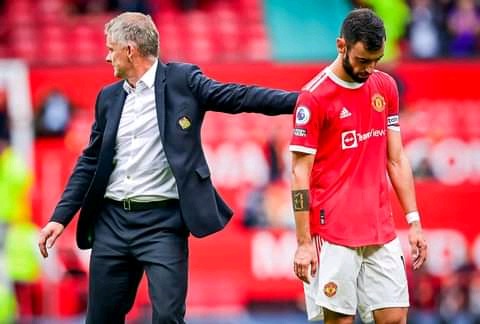 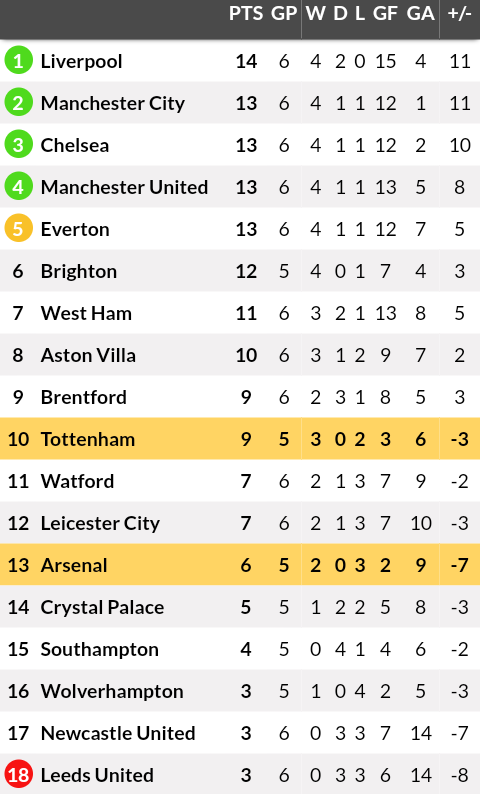