By Vernxizo (self media writer) | 2 months ago 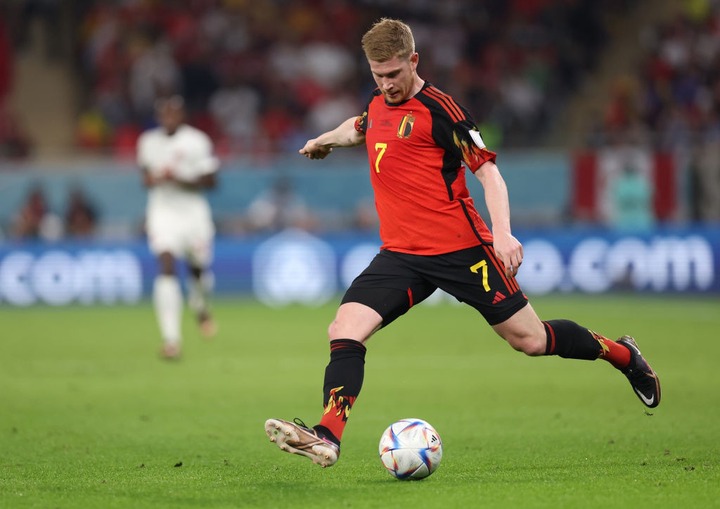 The player says that it has been difficult to play with his teammates the same way he plays at Manchester City in the English Premier League with Pep Guardiola.

In Russia World Cup 2018 Belgium was so close to the final but they lost their match with France so they are still the favorite team to reach the final in the Qatar world cup 2022. According to the ranking by FIFA Belgium is the second team that has shown signs of decline in their first match against Canada in their opening World Cup match.

However, according to the claims of Kevin De Bruyne, there is no telling because we saw Eden Hazard was their best player then followed by Romelu Lukaku then Kevin De Bruyne.

According to Kevin De Bruyne Belgium have no chance of winning the Qatar World cup 2022 title. 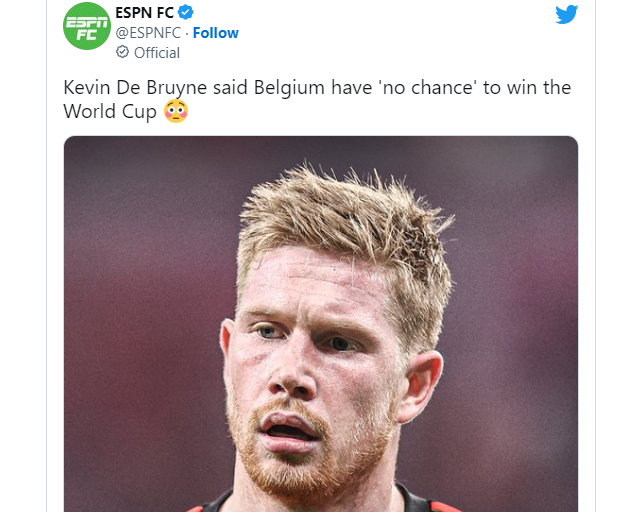