By ERisingokingpin (self meida writer) | 24 days

Ole Gunnar Solskjaer has named a player who impressed against Spurs in the premier league encounter in North London on Sunday evening. 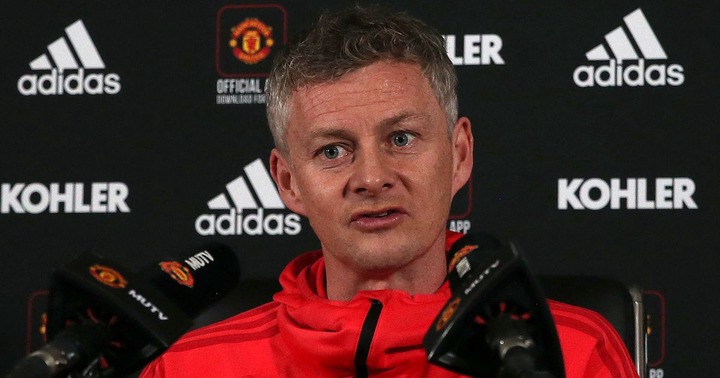 The Norwegian named United teenager Mason Greenwood as one who impressed most in yesterday clash saying it is a memorable game for the Englishman.

The young talent has been praised by his manager for coming up as a substitute and score together with providing an assist for Cavani to help United win 3-1 and a notable thing to remember is that the Reds Devils came from behind.

Greenwood 19, becomes the first teenager to score and assist as a substitute for Manchester United since Christiano Ronaldo. 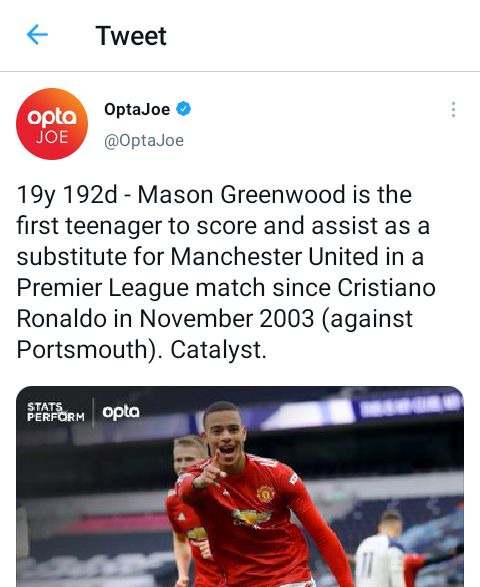 After the win, the United point tally reached 63 while the Spurs remained 49 as they continue fighting for the top four to get Champions League football next season.

Manchester City is still on the top with 74 points and Leicester City 3rd on the log with 56, 1point above fourth-placed Westham.

Chelsea is sixth with 52 points two behind Thomas Tuchel boys in the fifth position. 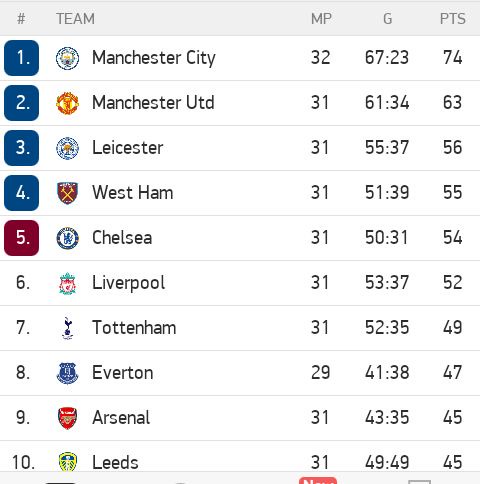 The race for the top four is on heat and fams are waiting to see who will be in the top four at the end of the season.