By profz (self meida writer) | 9 days 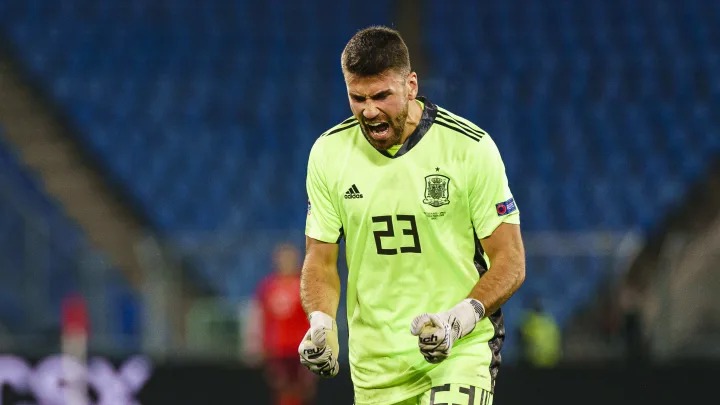 Bernd Leno joining from Bayer Leverkusen for 22 million should not go down as bad business. The German has not been a poor signing at least not by Arsenal standards, but he has had severely disappointing moments amid superb patches of form.

Arsenal's loss against Everton brought into focus the goalkeeping position after Bernd Leno's huge error cost the Gunners a chance to win the game.

Simon has become a first-choice goalkeeper for Bilbao, notching up 87 competitive appearances. He has performed consistently in the top-flight, notably attaining a save percentage of 76% last season and helping his club reach the final of Copa Del Rey in both the 2019/20 and 2020/21 campaign, although the Basque outfit ended up losing both.

Gunners usually do have a strong goalkeeping unit, they have been left disappointed by the performances of Bernd Leno this season.

Arteta is not convinced, his decision to sell Emilliano Martinez over Leno was borne out of financial gain you simply can't turn down £20m in Arsenal's position for a goalkeeper who barely had a kick in the premier league and he's turned his sights on the Unai Simon.

Arsenal keeping an eye on Unai Simon, who is more than capable of emerging as the first-choice ‘keeper for the Gunners.