By SuperSportsDen (self media writer) | 4 months ago

Despite this being Hearts first season back in the SPL following promotion from the Championship, they are quickly establishing themselves as the 3rd best team in the league. The Jam Tarts currently occupy 3rd spot in the table, five points clear of Motherwell in 4th.

Their good season to date has been built largely on their impressive home record. They have only lost once at home this campaign and that defeat came against current champions Rangers. Their defensive record is particularly impressive, they have only shipped eight goals in their ten home SPL matches so far and another shut out is expected on Tuesday.

St Johnstone’s form will have too drastically improve to have any chance of avoiding the drop. St Johnstone sit rock bottom of the SPL table on 14 points, they have lost their last eight matches and they have only found the net 11 times all season. The Saints are particularly goal shy on the road having scored twice in their nine SPL away games this term. St Johnstone have lost their last four away games without scoring a single goal and another difficult evening is in the offing.

The hosts have won two matches,lost eight matches with five matches between themselves concluding in draws. 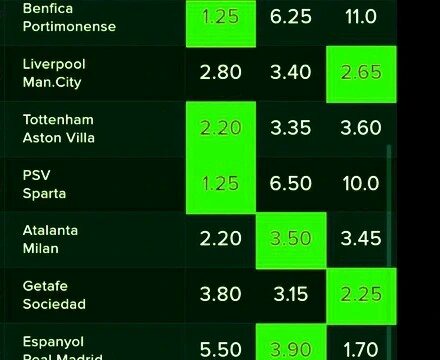 Uhuru Suspends Justice Said With Just 81 Days To August Elections, Here Are the Reasons Why

Azimio Campaign Set To Be Held In This County On Friday 20th May 2022.