By HeraldKing (self meida writer) | 29 days 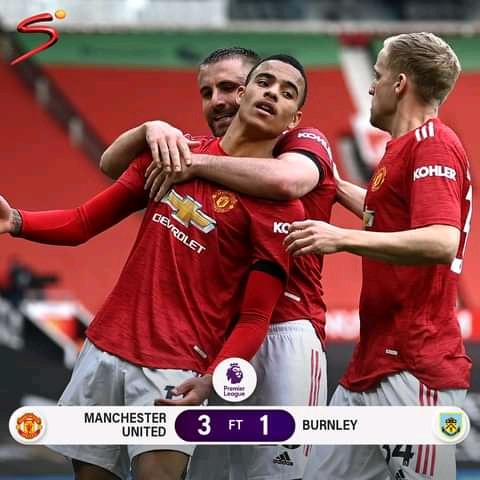 Manchester United overpowered Burnley to a 3-1 defeat at the Old Trafford in a Sunday Premier league match. Image courtesy of SuperSport

Manchester United extended their unbeaten run in the English Premier League to 12 after running riot over Burnley at the Old Trafford. Ole Gunnar Solskjaer. Mason Greenwood scored a brace and Edinson Cavan's injury time goal were enough to see United ease past Burnley by 3-1. James Tarkowski had canceled Greenwood's lead in the early minutes of second half.

Chris Wood had his second minute goal ruled out for offside. Paul Pogba came close to putting United ahead in the 10th minute but his header was superbly saved by Bailey Peacock-Farrell in Burnley goal.

Bruno Fernandez and Marcus Radford has several opportunities missed as the first half ended level on 0-0. Chris Wood was also a threat to United defense.

After resumption of the game, Marcus Rashford fed Mason Greenwood in the opponent's area who without hesitation sent the ball into the back of the net 3 minutes from half time. The visitors responded well through James Tarkowski scoring from a close range.

It looked as if Ole would settle for a draw but things turned around five minutes to stoppage time after Greenwood netted his goal number two of the night. His shot from the edge of the box was deflected past the stranded Bailey Peacock-Farrell. Cavan fired United's third goal in the dying minutes of added time. 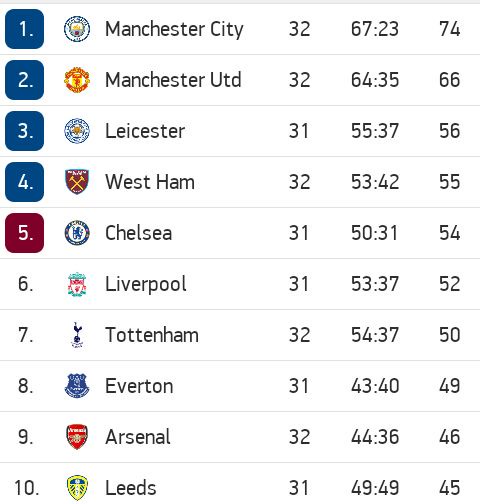 With both Manchester City and rivals Manchester United left with six games to end the season, the latter trail City by eight points. Manchester City led the table with 74 points while United are second with 66.

Who Owns You Tube Platform

Mating Cases In The Bush. USA Wildlife Reserve To Curb Incest In The Tigger Territories