By VoiceNews (self media writer) | 2 years ago 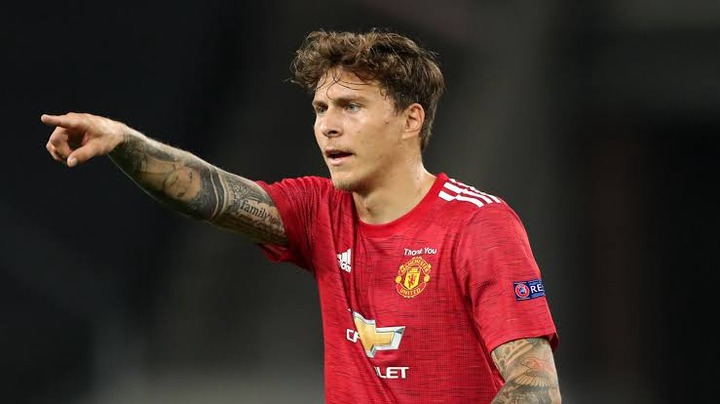 Victor Jörgen Nilsson Lindelöf was born in 17 July 1994 in Sweden.The professional footballer who plays as a defender for English Premier League club Manchester United and the Sweden national team as a centre-back he can also play as a right-back.

Senior club appearances and goals counted for the domestic league only and correct as of 1326 September 2020 (UTC).

He began his career in Sweden at Västerås SK, making his debut in October 2009 and in December 2011,he agreed to move to Benfica in Portugal, initially representing the club at youth and B levels. After making his first-team debut in September 2013,he continued to appear for the club at B level, while also winning three Primeira Liga titles.He joined Manchester United in July 2017.

Lindelöf played for many Västerås-based clubs in his youth such as IK Franke,Västerås IK and Västerås SK.

On 10 June 2017, Manchester United announced that they had agreed a deal with Benfica to sign Lindelöf for a fee of €35 million pending the agreement of personal terms and the player passing a medical.Lindelöf passed his medical at the Trafford Training Centre on 14 June,with the Swedenish signing a four year contract with the option of an extra year; Manchester United announced that the contract would begin on 1 July.

In September 2019 he signed a new contract until 2024, with the option of a further year.

Content created and supplied by: VoiceNews (via Opera News )