By KMutai (self media writer) | 1 month ago

A photo of Manchester United fans leaving Old Trafford a few minutes into the second half has sparked reactions. 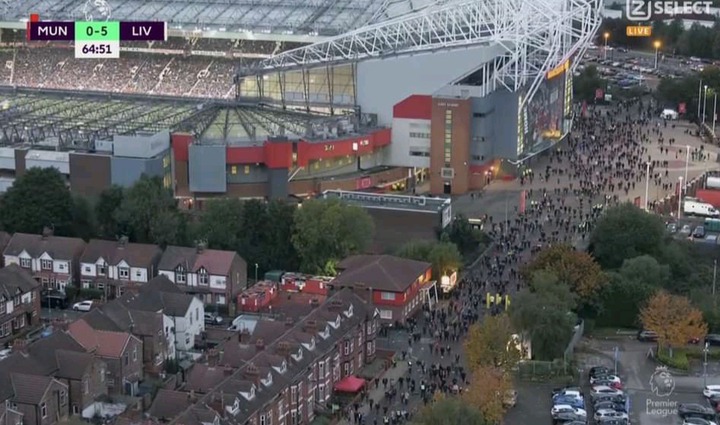 Hundreds of hopeless and frustrated Red Devils supporters were captured by cameras outside the stadium walking home heads down.

They could no longer bear the pain after Mohammed Salah grabbed a hatrick and 5th for Liverpool.

The picture made cameras inside to focus on the stands where Manchester United fans had gathered. 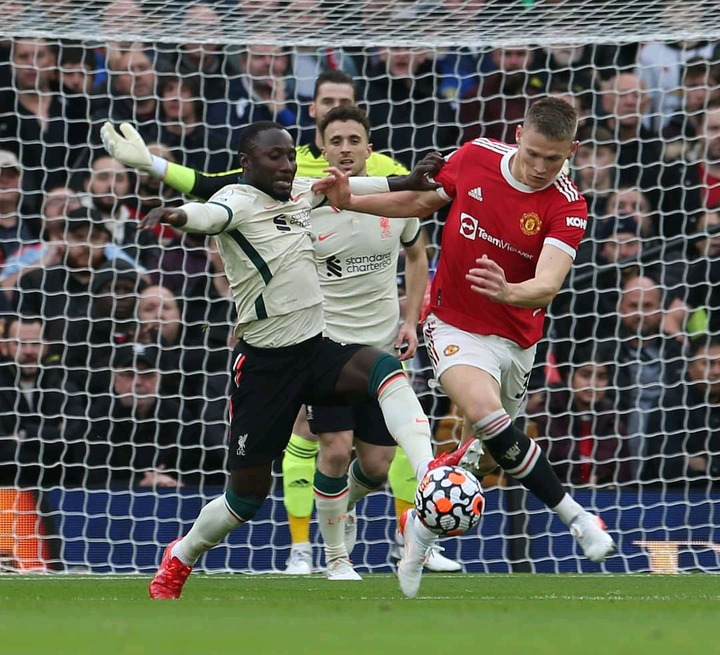 Liverpool's Keita contests for the ball with McTominay. Keith scored the first goal against Manchester United.

There were more empty seats than the die-hard supporters who were willing to watch until the end.

Among the supporters who did not storm out were England's national team coach Gareth Southgate and former manager Sir Alex Ferguson.

From the look of Sir Alex's face, he was also not happy with was happening but for the respect of the club he could not walk out.

While Manchester United fans were walking outside, all seats at Liverpool's corner were occupied.

According to Fabrizio Romano, Liverpool fans could be heard chanting in Ole is on the wheel and he must stay.

On social media, other rival fans hade mixed opinions, with most feelings the pain for those walking out.

Below are some of the comments. 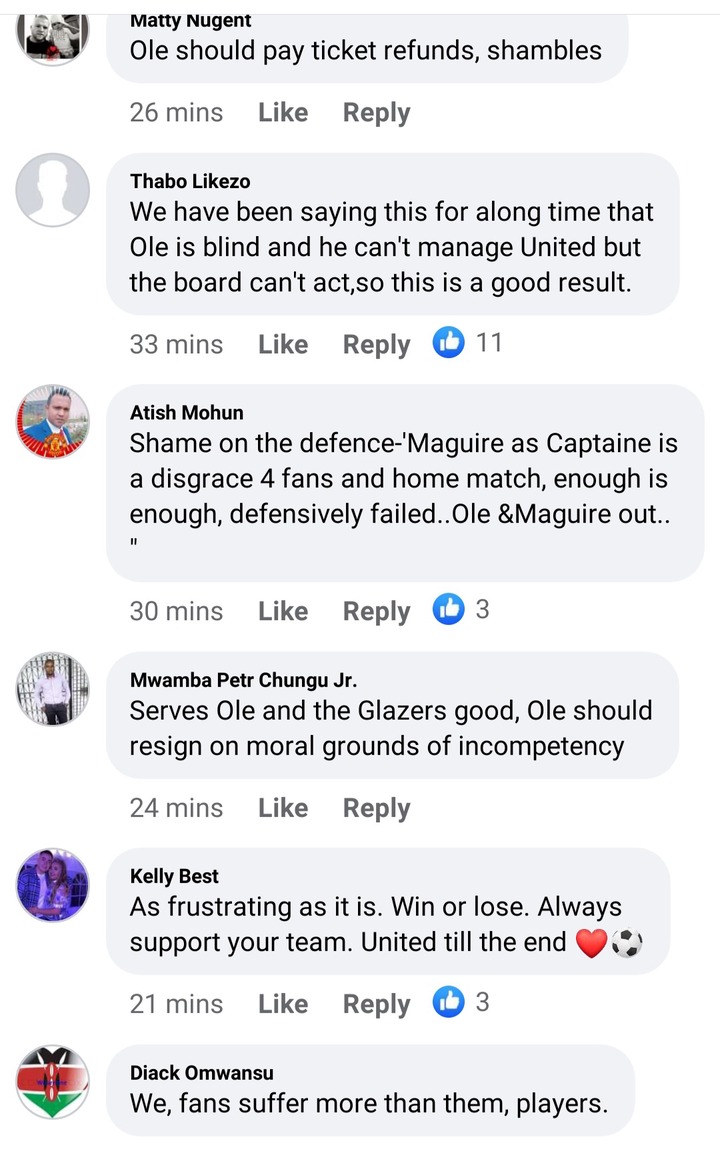 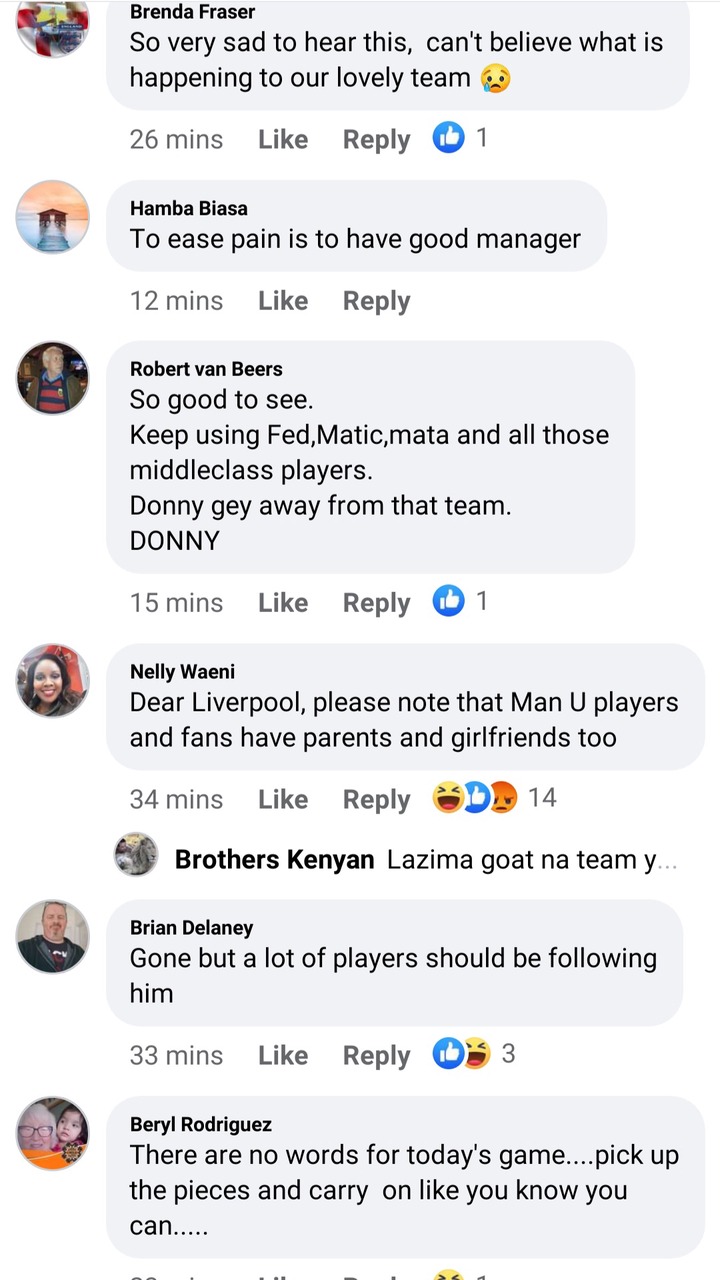