By jameswatetu (self media writer) | 1 month ago

Borussia Dortmund have appointed Edin Terzic as their new head coach until 2025 following the departure of Marco Rose last week by mutual consent . Edin Terzic is not new to the bundesliga club as he guided the club to German cup success when he was the interim manager of the club in 2020.The German took over as the interim manager following the sacking of Lucien Favre in the 2020/2021 season and at the end of the season took the role of the technical director in the club. 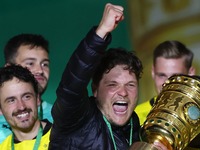 The club finished second in the bundesliga standings after the reigning champions Bayern munchen.After his appointment he has promised to do his best to bring glory back to the club that is like a home to him.He said,"We will give everything every day for the success of the club." The clubs hierarchy has released a statement saying that Edin is the right man to take over the reigns of the club and move them forward. The club sporting director Sebastian Kehl says ,"We are convinced that this personnel decision is the right one for Dortmund as he knows our club, the environment, a large part of the team and the adjustments we want to make in order to be able to offer our fans successful football." 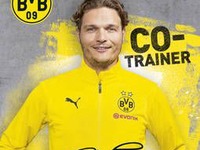 The new man is tasked with helping the club rebuild especially after the departure of club talisman Erling Haaland.They have already acquired Karim Adeyemi from red bull salzburg as his replacement on a five year contract for 30 million pounds.

Content created and supplied by: jameswatetu (via Opera News )