By NewtonAgwenge (self meida writer) | 13 days

Manchester United star midfielder Paul Pogba is finally set to decide on his future at the club with him facing the final year of his contract at the Theatre of Dreams and is reportedly a target of several top clubs across Europe. 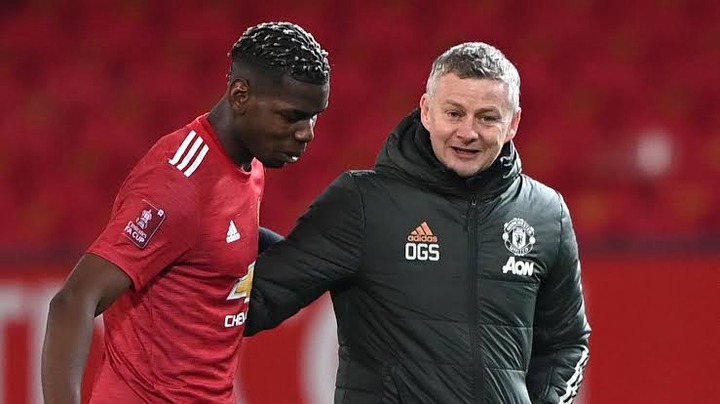 According to reports from reputable journalist Julien Maynard, the France international will decide whether to stay at Old Trafford or move to a new club ahead of next season by the end of this week, with Ligue 1 giants Paris Saint-Germain believed to be the front-runners for his signature should he decide to quit United. 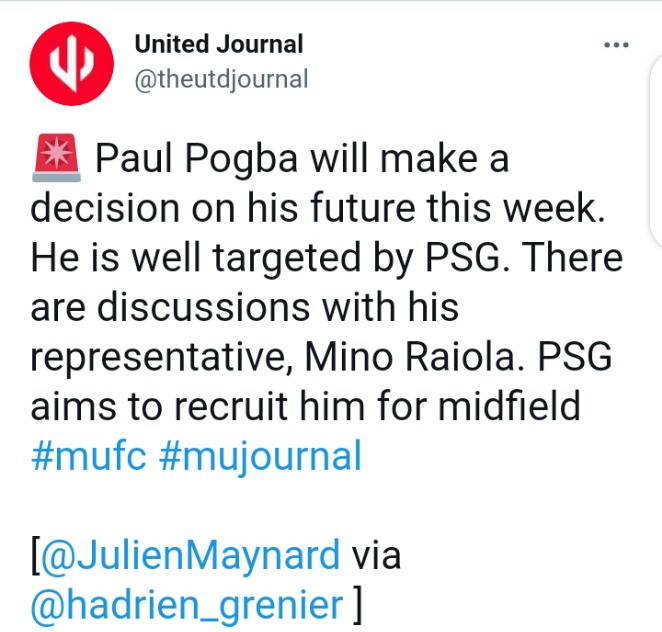 Meanwhile, further conflicting reports from Foot Mercato Journalist, Santi FM suggest that the 28 year old is bracing for a move to the Parc des Princess and that he has already decided to join the Mauricio Pochettihno's side and hence, it remains to be seen which reports could be accurate. 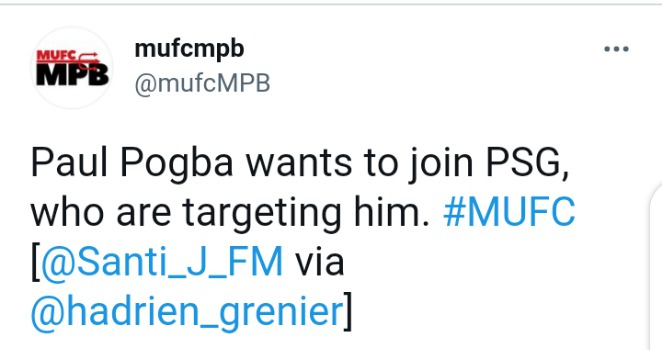 In the meantime, multiple reliable sources believe that the star midfielder has already held extensive discussions with the Paris Saint-Germain top brass about a move to the club alongside his controversial agent Mino Raiola, with the Red Devils also said to have offered him a new improved contract.

Place On the Special VIP Matches That Must Win Tonight