By @SmartReporter_Ke (self meida writer) | 28 days

Erling Haaland has been linked with a move to several top clubs across Europe this summer, with Chelsea rumored to be just one of his many potential suitors.

Chelsea's pursuit of Borussia Dortmund star Erling Haaland could have taken a blow with the news that Real Madrid has earmarked the Norwegian as their next 'galatico'.

Reports from Spain have emerged that Los Blancos believe that they can prise Haaland out of Germany for £112 million. A sum they can raise through selling unwanted players or those such as Raphael Varane who are intent on running down their contracts.

Dortmund are holding out for a staggering fee this summer before his release clause becomes active in 2022. Chelsea are stepping up their interest in Erling Haaland but are reluctant to meet Borussia Dortmund's asking price of £150 million, according to reports. 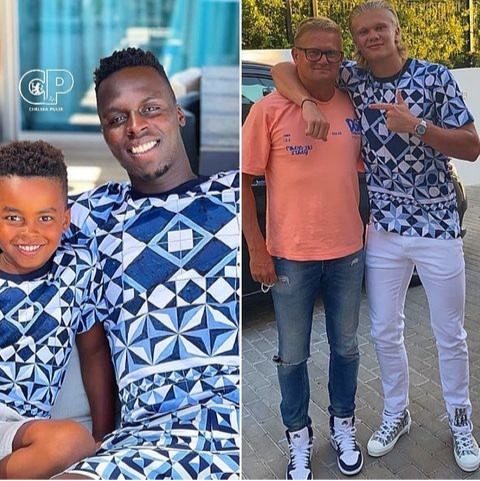 Haaland is Chelsea's priority this summer after Romelu Lukaku handed the Blues a blow in their transfer pursuit after his claim of staying put at Inter Milan.

Thomas Tuchel wants a new centre-forward and Roman Abramovich is ready to back him in the transfer market.

But according to The Guardian, although Chelsea has a desire to sign Haaland they are reluctant to match the £150 million asking price that Dortmund is expected to hold out for if they were to let the Norwegian leave this summer.

However, after photos of Edouard Mendy emerged showing him wearing the same shirt as Haaland has convinced Chelsea fans that indeed they are going to sign the striker.

Mendy was seen enjoying his holiday with his son wearing the same shirt as what Haaland was wearing and many believe this is among the signs of good news in the future.

Below are some of the reaction from Chelsea fans. 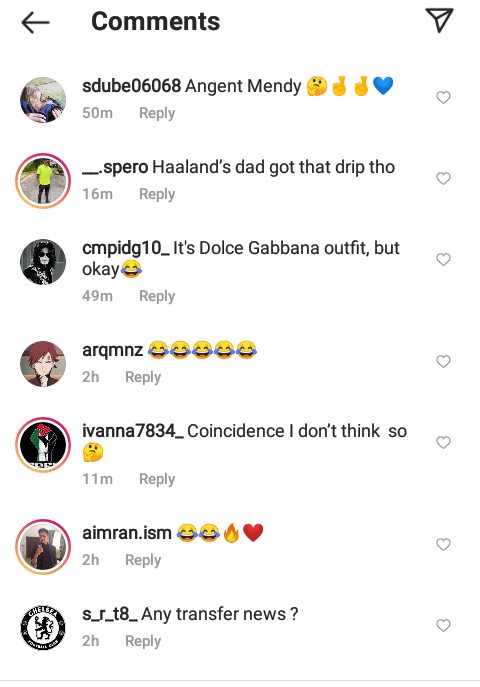 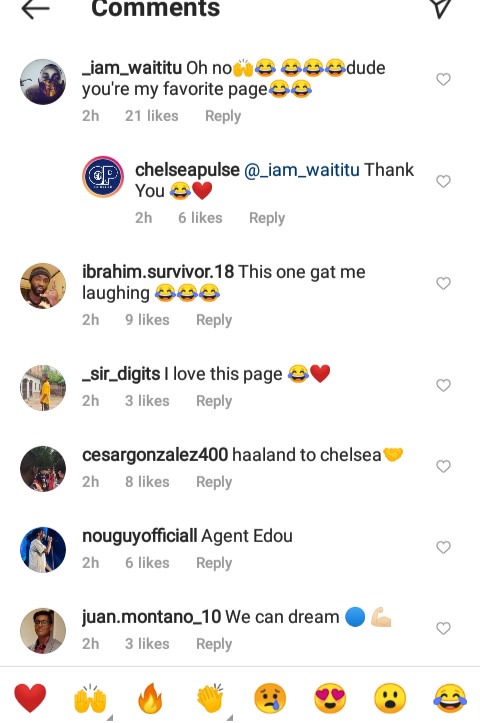