By Dacorenaa (self media writer) | 4 months ago 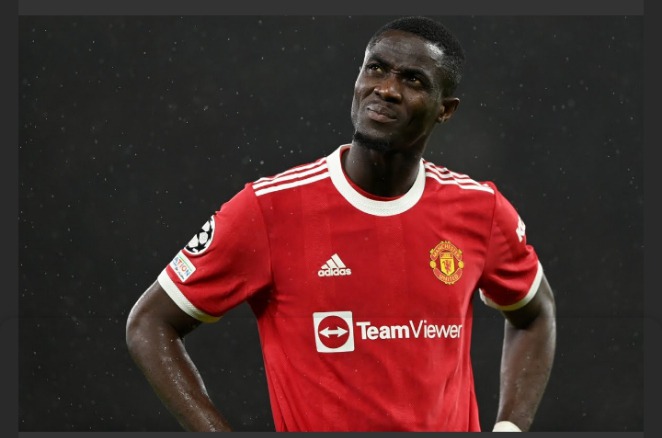 Since Simon kjaer was ruled out for rest of the remaining part of the season with an injury, AC Milan has remained with no super option but to hunt for a new centre back defender .Eric Baily is one of the names in the list as a possible centre back replacement and approaches started for Manchester United player.Abdou Diallo is also a candidate along side Eric Baily in case Paris Saint-Germain will let him leave on loan.There has been positive signs in the few hours from Manchester United defender Eric baily, with AC Milan reportedly finding an agreement with the player. 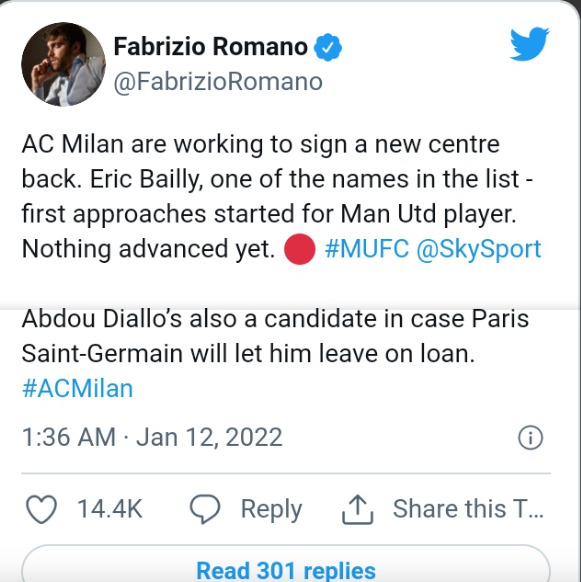 On this transfer window Manchester United have been so silent for incomings, but alot of rumours for outgoings from the current Manchestr United squad. Baily was named among the 11 players who would want to leave the club this season which has given coach Ralf Rangnick had time to manage the team and choosing squad for the coming games.

Eric Baily has previously been critised for his poor performance when given opportunity to play and has been referred as rash defender and having mistake in him, he is not a composed defender that Manchester United needs, these are critics from Trevor Sinclair. According to SofaScore, Eric Baily is said to have not helped Manchester United keep a single clean sheet in any of the premier league games he has played in this season, has averaging less than one interception per game while only winning possession 0.3 times on average over the season so far in the league. But we should not forget that Eric Baily has been on and off the game due to his frequent injuries,

Eric Baily is a good player as he has proved on the few games that he managed to get chance of playing for Manchester United this is evident as sometimes he was being applauded for the good play and saves he made at the danger zone, this implies that not all the fans will be happy for his move out of Manchester United and they will miss him and his impact but some offcourse will be happy for the move. Though he was able to get less playing time as he shares the same position with Hurry Magure ( captain). I think this is what has triggerd his desire for exit. Eric Baily signed for Manchester United in june 2016 to date. But before joining Manchester United he had played for Espanyol where he began his professional career then transferred to Villarreal where he played for two seasons before joining now Manchester United. As a Manchester United player Eric Baily managed to get 70 game appearances being able to score only one goal, 44 game wins and 11 game losses, keeping 24 cleansheets and conceding 56 goals.

Content created and supplied by: Dacorenaa (via Opera News )