Arsenal's U-21 side faced League Two side Swindon in the Football league trophy at the County ground, a match the young guns lost but two goals to one but one youngster stole the show for the Kevin Betsy's led side.

Charlie Patino has the tongues of Arsenal supporters wagging after a dominant display at the heart of the midfield where he pulled the strings for his side and at only seventeen years, he is being touted to be the next breakthrough star.

During the match, the diminutive midfielder averaged a passing accuracy of eighty percent and made eighty-six touches of the ball, winning sixteen of his attempted eighteen ground duels and made two key passes. 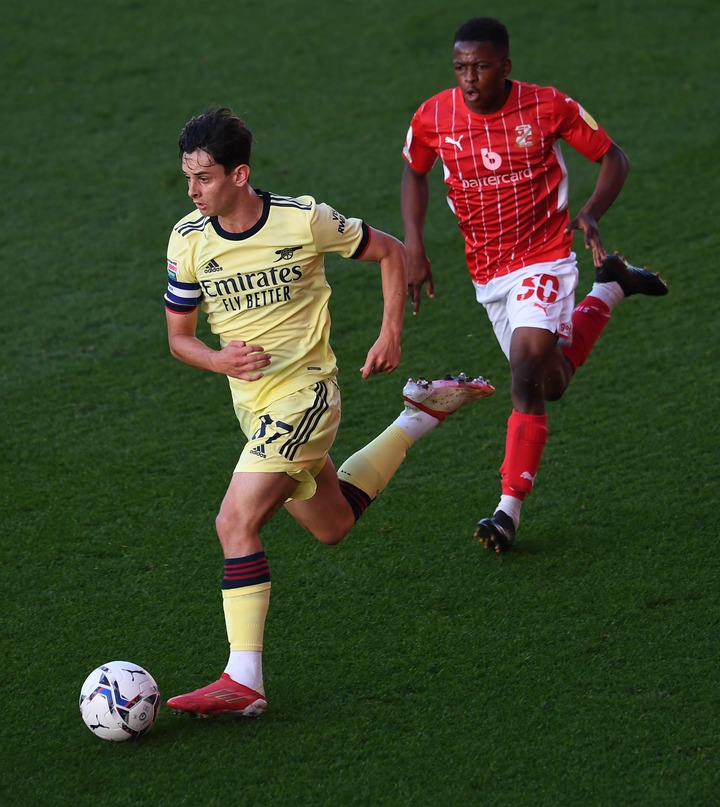 His attempted eight long balls found a teammate and two of the three dribbles he attempted were complete as he won a further five tackles and was the most fouled player on the pitch.

In a compiled video from the match, Patino captains the side and bossed the match which has Arsenal fans likening his left foot to their former player Jack Wilshere whose career was ruined by injuries but was superb when fit.

Another section of fans feel they have a midfielder in the mold of Italy and Paris Saint Germain international Marco Veratti as he boasts immense ball-playing ability and are tipping him to succeed at the Emirates stadium. 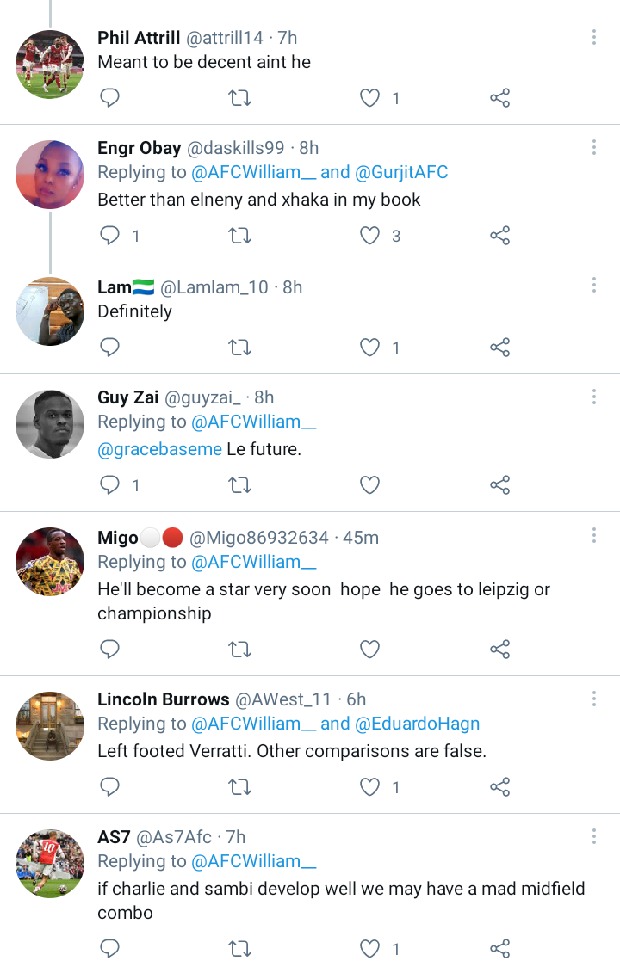 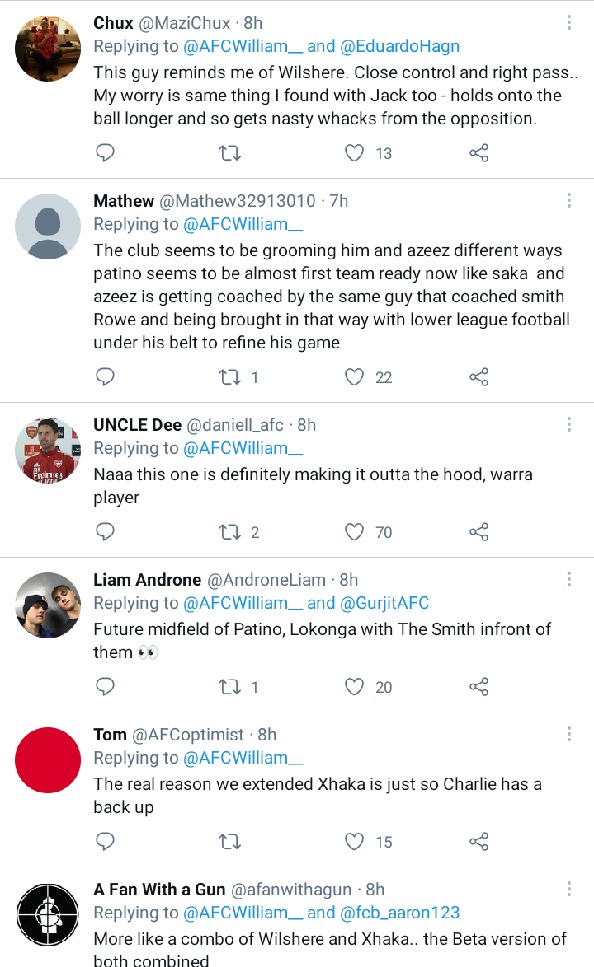