Italy are through to the finals after a dramatic night of football at the Wembley stadium in London. The match was a hard one as both teams displayed their best defensive and offensive talents at their disposal.

But the match witnessed two goals at the 60th and 80th minute that resulted in a stalemate of 1-1 before full time.

The first goal of the match came in from Juventus forward Federico Chiesa who pounced on a loose ball inside the box and fired a power shot into the right post at the 60th minute. 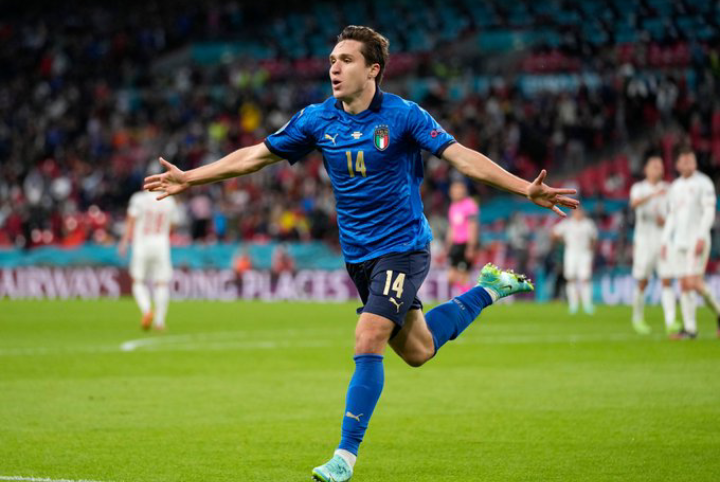 But Ferran Torres substitute Alvaro Morata canceled Chiesa's goal twenty minutes later on when he latched onto a Dany Olmo pass and blasted into the top corner of the net to render Donnarumma powerless. Having been there no goal at the extra time, the penalty shoot out commenced with the first two opening penalties missed by both Italy and Spain.

But the last two penalties proved crucial. Alvaro Morata who leveled the score at the 80th minute wasted his penalty as Donarumma saved his shot. But the decider was a Jorginho goal fired to the bottom right corner of the net. 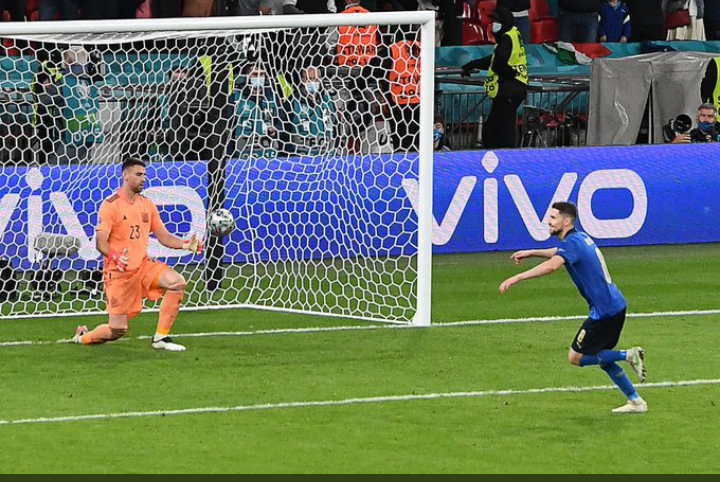 Spain have failed to progress from the semifinals of a major tournament for the first time in their history. Italy are now unbeaten in 33 matches and will play Denmark or England on Sunday on the same venue.