By Igtoo (self meida writer) | 1 months 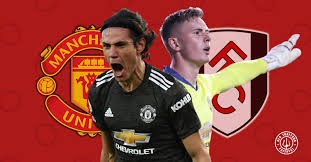 Manchester United’s defence looks a shadow of its former self without Harry Maguire and they have conceded seven goals in their last three games. Fulham have matched that defensive record, and the Red Devils’ last five games have featured a massive 26 goals in total.

Prediction:- Man United to win or over 2.5

Chelsea have lost their last two games and the most recent of these was against Leicester in the FA Cup Final. The Foxes are unbeaten in six Premier League meetings with Chelsea and know that a draw puts them in prime position to clinch a top four spot.

Southampton and Leeds both enjoyed comfortable victories at the weekend and more goals could be on the cards at St. Mary’s. The Saints have seen both teams score in eight of their last nine home games and the free-scoring Leeds have conceded in ten of their last 11 competitive away games

Prediction:- Both teams to score

Manchester City shipped three at Newcastle last time out and have now conceded in five of their last six competitive away games. Brighton’s attacking output has been boosted by Danny Welbeck’s recent form, but they’re unlikely to keep the Premier League champions out at the other end

Prediction:- Man City to win or Both teams to score.