By Labancreatives (self media writer) | 17 days ago 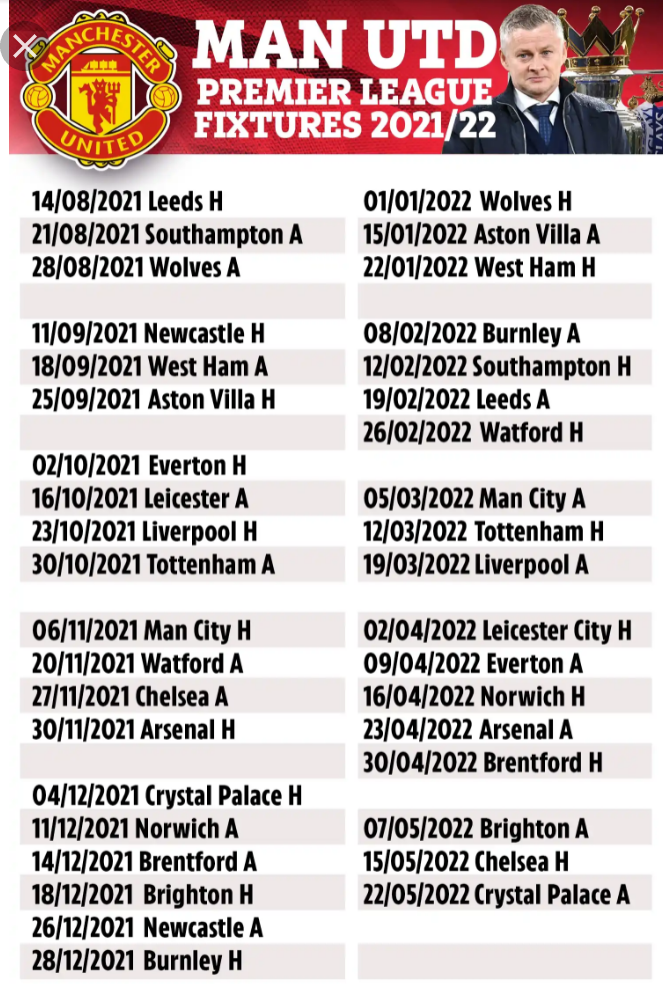 Manchester united have been struggling to the last few games although they currently stand at position three just two points behind league leaders Chelsea. The red devils were regarded as the favourite team to win premier league title this season but it appears Ole Gunnar Solskjaer is yet to figure out the best squad to win him premier league title.

Christiano Ronaldo made a come back to the club after 12 years and he has really made an impact by scoring 5 goals in just Six appearances since joining Manchester united.

However Manchester united have the most difficult next fixtures where they play against some of the best teams in English premier league which beating them is not an easy task. Manchester united struggled and lost a point to some of the teams they were supposed to beat to bag all the three points.

The next premier league games, Manchester united play against Leicester city, Liverpool and then Tottenham Hotspur. The best Manchester united they can get from these teams is just a draw and they are likely to drop their points.