Arsenal midfielder Thomas Partey made his much awaited debut in the Europa league opener against Rapid Vienna a match the gunners narrowly won.

The Ghanaian international offered arsenal fans a glimpse of what the future beholds with 92 touches, 57 of which were in the oppositions half,he also topped the charts for aerial duels won with five, made five tackles more than any player on the pitch and regained possession eight times.

Football pundits have been singing praises of the midfielder after his showing likening him to former Arsenal cult hero in Patrick Vieira. 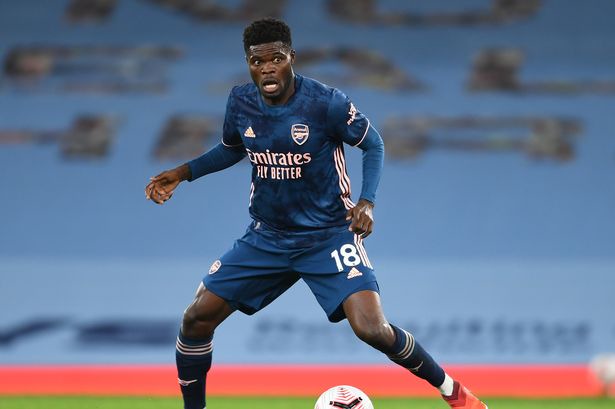 ‘You can see he’s got all the attributes to be like a Patrick Vieira,’ he added. ‘If he gets anywhere near Patrick Vieira, we’ve had a right result as Arsenal fans. ‘They knew exactly what they were buying there, very strong player which we’ve lacked in that midfield area." Ray Parlour said.

‘I think you know when you see a player immediately add that touch of class, who wants to play and makes things happen.This is where he looks like Vieira for me when he’s travelling with the ball and making things happen."Martin Keown noted

"Thomas Partey had one of the best debuts I’ve ever seen, honestly." Owen Hargreaves raved.

Arsenal fans will be hoping the player is in fine when the foxes visit the Emirates on Sunday as the Brendan Rodgers side push for another top four finish having narrowly missed out last season.