English Premier League is most followed European league in the world. Many football fans across the world always watch the Premier League and the Champions League. The Premier has a list of top clubs across the Europe. Man United, Man City, Chelsea, Liverpool, Arsenal and Tottenham are all great clubs. The division has also hosted a lot of great talents. Below is the team that was voted by fans as the best all time lineup in the Premier League.

The Premier League has seen a lot of great goalkeepers. Peter Schmeichel, Peter Cech, Van der seer and David Seaman were all world class. Schmeichel is arguably the best option.

Manchester United legends Garry Neville and Patrice Evra will play in the right and left backline respectively. The centre backs will be played by John Terry and Tony Adams.

Paul Scholes will play alongside his England teammate Steven Gerard. David Beckham is the best option in the right midfield. The French international Robert Pires will play in the left flank.

Thierry Henry is one of the most respected centre forwards to ever play in the league. The Frenchman is one of the best Arsenal players. He will play alongside his French teammate Erick Cantona. Cantona is one of the Manchester United icons. 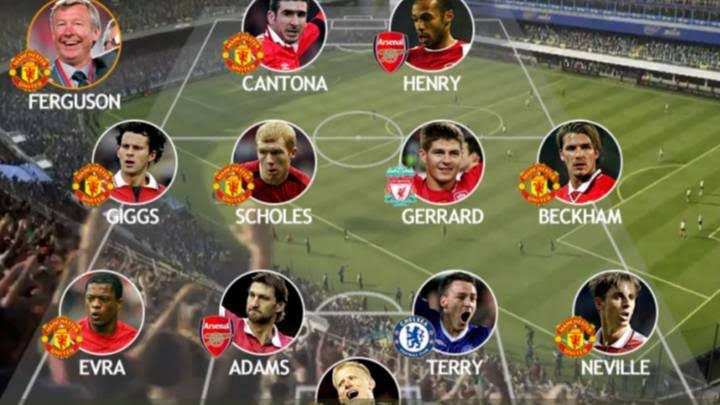 Which other players do you think should be on the lineup? Leave your comments below.