By Chelsea.ComNews (self meida writer) | 3 days

Chelsea are remaining with four Premier League games to end the season. They have already confirmed an FA Cup final which will be played this month. They are also on the verge of securing a Champions League final come next week. They are currently six points above fifth placed Westham. The remaining fixtures are however the most difficult and the Blues have no choice but to win them. 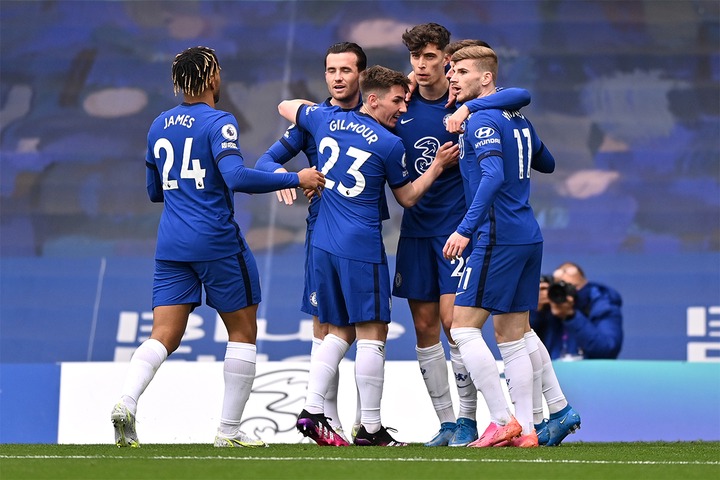 The next Premier League match will be against Manchester City. The Citizens are currently on form. Chelsea must give everything as they play away at Etihad Stadium. After Manchester, Chelsea will welcome third placed Leceister City. That will not be an easy game either since the Blues will be looking to revenge the 2-0 defeat at King Power Stadium. Chelsea will then welcome London rivals Arsenal to Stamford Bridge. This will be another big fight for the Blues. They must defeat to secure top four. Chelsea will then end the season away at Villa Park. Aston Villa will play Chelsea in the last game of the season. 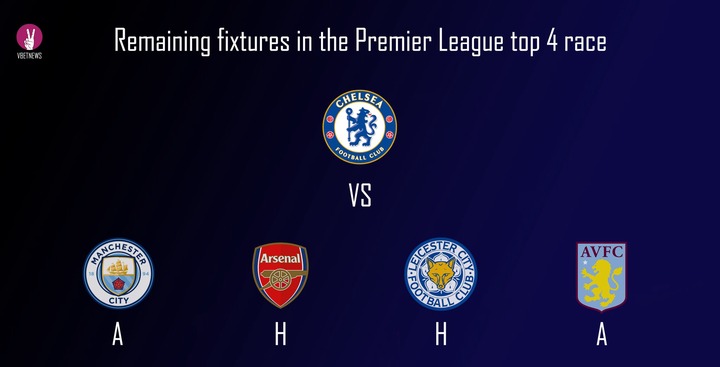 How games will Chelsea win from the above four? Which of the teams are likely to defeat Chelsea? Drop your views below.