By Newspeddler (self media writer) | 2 months ago

It’s been a far from convincing 2021 from France so far as since winning five consecutive games to nil, a run culminating in a 1-0 win over Germany in their opening game of the Euros, they’re now winless in four.

Bowing out in the last 16 was not in the script for the World Champions, and they’ve followed that up with another draw this week against Bosnia and Herzegovina. That leaves them with two wins and two draws so far in this group and defeat here to a tricky Ukraine side would leave Didier Deschamps sweating.

Like Les Bleus, Ukraine are unbeaten in this group, though they’re also winless with four draws from four so far, including against the French in their opening game. Despite managing to reach the quarters at the Euros this summer, they were far from convincing having gone W1-L2 in the group, scraping past 10 man Sweden in extra time of the last 16 before being dismantled by England.

They’ve now won just three of their last 15 games, with those results coming against North Macedonia, Cyprus and Northern Ireland, so it’s difficult to see them getting one over this star studded France team. While it’s true Ukraine have proven difficult to beat and certainly are no pushovers, there seems to be a clear gulf in class between themselves and the elite nations.

Indeed, up against top sides Spain, France, Germany, Netherlands and England they’ve gone W1-D1-L6 since the beginning of last year, with their win coming over an unconvincing Spain side back in October. 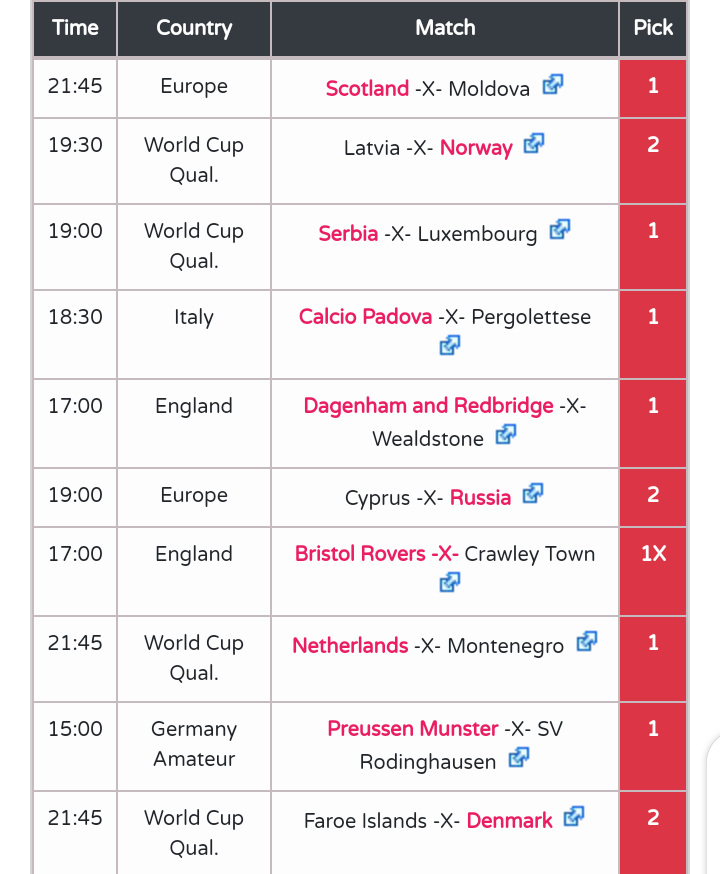