By AaronmullaKE (self media writer) | 3 months ago

Emilio Ballack is said to have died in an accident on Thursday at around 2am.He was one of the three sons of Michael Ballack and Simone Lambe,the other two boys are Louis and Jordi. 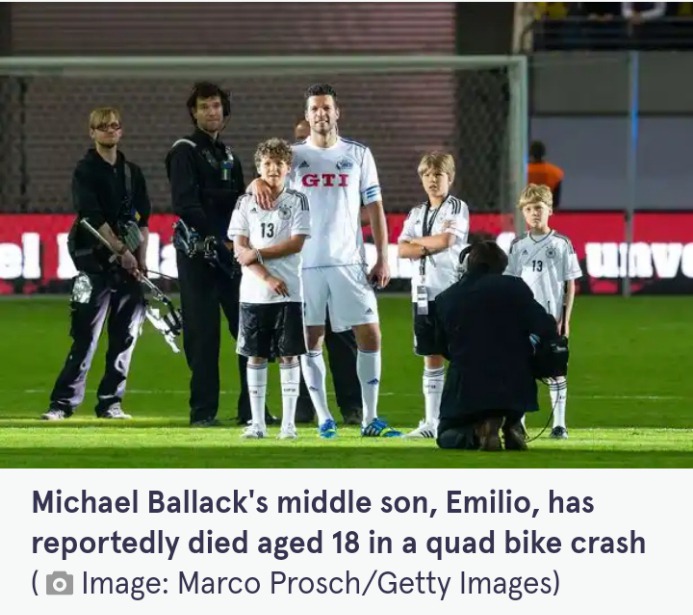 The 18 year old Emilio had a bright future.He had already followed his famous father around after a magical football career and it was just recently he had graduated from school,but all that has been halted by a tragedy. 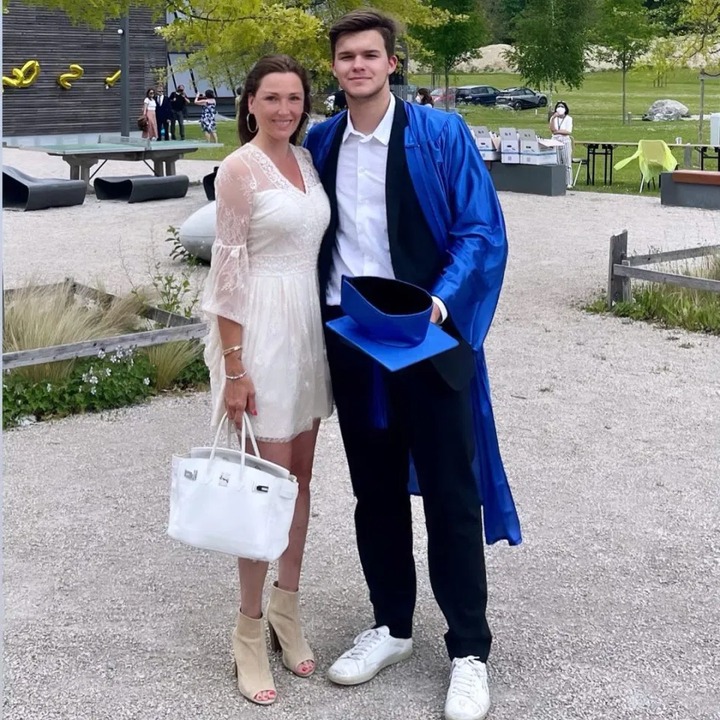 The son has died leaving Chelsea, Michael Ballack,his wife and family at large in mourning for their tragic loss.Portugal based media TV124 reported that the tragedy happened at Trivia south of Lisbon in Portugal,just close to their house,which his dad bought some few years ago. 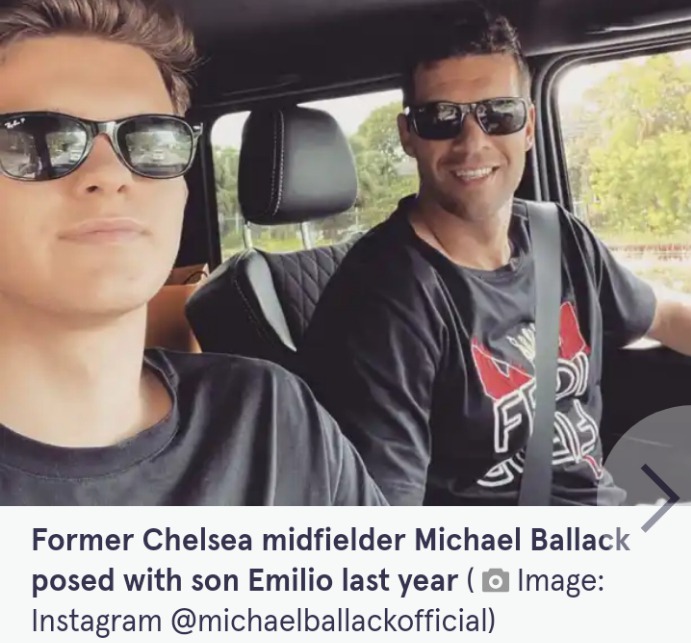 During the incident firefighters were mobilised but they were not successful,the boy was declared dead on the spot after the tragedy.

It was also revealed that the accident happened when the quad fell on top of the victim and crushed him on the land beyond recognition.It was until a police officer based at Grandola near Troia said that he knew the boy to be a son of a well known footballer,but he didn't know more details about him.

The accident was caused by a quad driver who was not on public road and his vehicle was the only one that was involved. 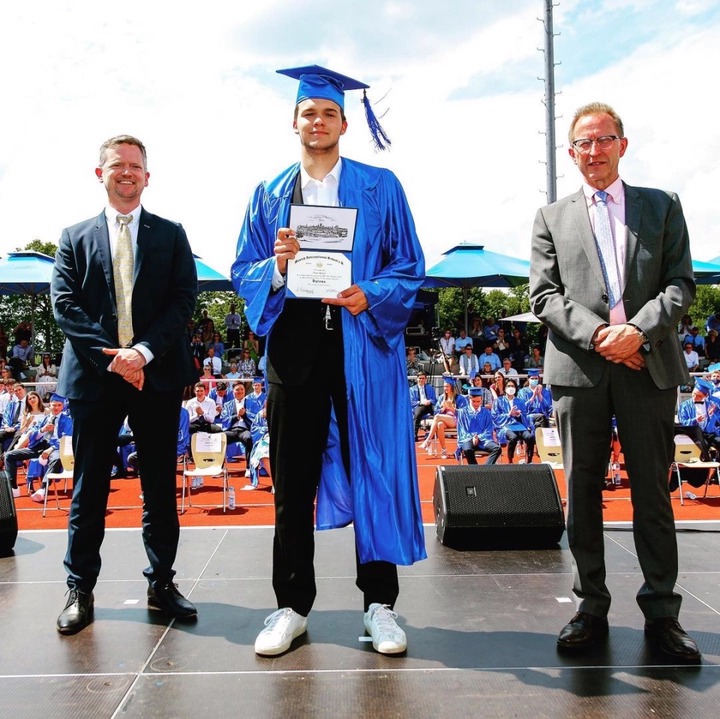