By Sieberi (self meida writer) | 23 days 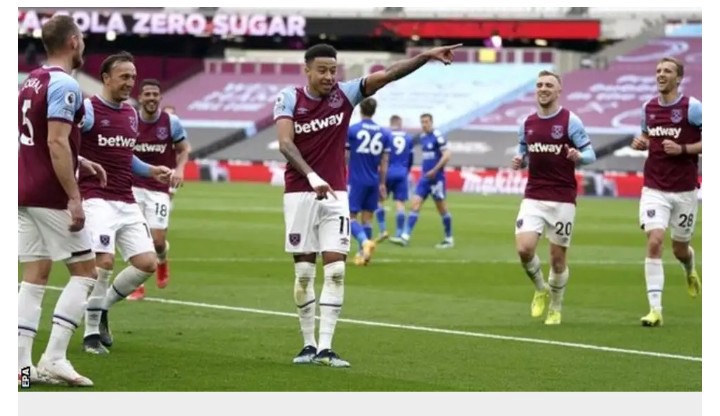 Jesse Lingard at the center as shown above joined Westham United from Manchester United on loan having not played a single premier game.

But the way he has kept his fitness shows how professional he is and which is quite inspiring . Back at Man U he was distracted by outside issues that affected his football.

The recent world cup qualifiers saw Lingard recalled back to the England national team.Now he looks like a definite starter in the national team.He will to battle it out with Manchester City's younster Phil Phoden,Aston Villa's talisman Jack Grealish and Leicester City's James Madison for a place in the starting lineup.

The last time Jesse Lingard featured in the national side was back in 2019 but now looks a definite starter.

Jesse Lingard is the first Westham United player to score in 4 consecutive premier league games since Michael Antonio in 2016.

Now Lingard has 13 goal involvement for Westham United i.e 8 goals and 3 assists . This is the most goal involvement he has been involved in since the 2017-2018 season for Manchester United.

If Westham United were to ask for a permanent deal for Jesse Lingard,now they will face competition from other clubs since he has won many admirers who would be Keen to sign him.

Lingard has been at the fourfront of Westham United pursuit of a premier league top four finish.If they are to do it is because of his contribution to the team.

Even manager David Moyes is surprised by Jesse Lingard goal contribution at the moment,he didn't expect him to hit the ground running immediately the he has done so far.

Now manager Gareth Southgate has real headache of whom to start in the starting lineup because of the amount of talent available at his disposal at the moment.

Content created and supplied by: Sieberi (via Opera News )