Throwbacks: The 15 Most 'Careless' English Premier League Signings Ever

By Eddyado (self meida writer) | 13 days 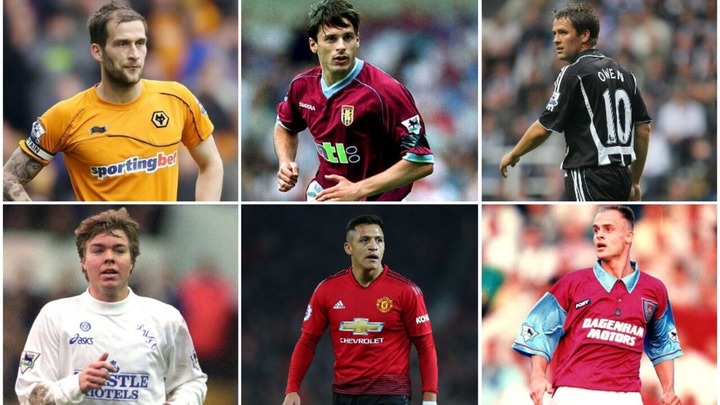 With the transfer window still open, English Premier League (EPL) clubs continue to access the benefits and risks attached to a potential signing.

You’ve seen plenty of lists regarding the worse signings ever, but not many on the most stupid signings ever.

Here are the most careless signings made by clubs since the creation of the EPL.

El Hadji Diouf had an unforgettable 2002 FIFA World Cup, so much so that Pelé put him in his FIFA 100 list over Lakhdar Belloumi, Rabah Madjer, François Omam-Biyik, Hossam Hassan, Tony Yeboah and so on.

What made this transfer so careless was Liverpool passed up on re-signing Nicolas Anelka, who was then signed by Manchester City for £13 million.

What Diouf contributed was lack of goals, lack of quality and lack of class.

You just wonder what then-manager Frank Clark was thinking in paying £1.8 million on a striker who had finished the season with four goals in 26 games.

Silenzi scored two goals in 20 games, and forced his transfer by refusing to return to Nottingham Forest having been on loan in Italy.

Rangers to Newcastle United for £8 million in 2005

Some of Newcastle’s signings during this time like Albert Luque and Michael Owen also failed spectacularly.

Boumsong’s signing was careless because why didn’t Newcastle sign him for free a few months earlier?

Instead, they waited a few months after he was signed by Rangers, then bought him for £8 million, only to watch Boumsong draw level with Titus Bramble as Newcastle’s most error-ridden and incompetent defender in recent memory.

I guess Blackburn Rovers didn’t learn from the tale of Andrea Silenzi, because Corrado Grabbi was destined for failure.

He wasn’t proven quality, sure he scored goals, but that was in Serie B.

Also, he didn’t like the English culture, didn’t have a good attitude, moaned and unsurprisingly was disliked by the team.

Though, did Daglish not watch Guivarc’h during France’s 1998 FIFA World Cup triumph?

Guivarc’h was the forward who couldn’t score if his life depended on it.

Dinamo Zagreb to Aston Villa for £6 million in 2001

The signing of Boško Balaban is fine as he was one of premier talents in Europe at the time.

Though the treatment of Balaban was surprising, because why wasn’t he given a chance?

Clearly it was politics because 11 games in two-and-a-half years, nine as a substitute, after paying £6 million is ludicrous.

Since moving on, Balaban has had a respectable career.

Chairman Mark Goldberg has to rank as one of the worst decision-makers in recent EPL memory.

Where was the logic in paying £1.7 million of Crystal Palace’s limited money on a Juventus reject, who had just suffered a serious knee injury?

Then there was allowing Leeds United flop and perhaps one of the worse signings in EPL history, Tomas Brolin into the team.

Crystal Palace were relegated that season.

Chris Sutton had two 20 goals or more seasons for Blackburn Rovers, but how many goals did he score in the season Chelsea decided to spend £10 million?

Sutton failed to stand out at Stamford Bridge, and after an excruciating three goals in 39 games, he was sold to Celtic, where he recovered his scoring form.

He was signed up by Blackburn from Southampton in 1997.

A price of £7.5 million for a 21-year-old and he was more expensive than Manchester United’s Andrew Cole—talk about putting unnecessary pressure on Kevin Davies, who wasn’t anything special.

Two goals in 27 games plus Southampton being relegated was a reality check for Davies.

He moved from Manchester United to Chelsea in 2003.

He was then bought by Chelsea for £15 million, and then loaning him to Inter Milan.

I think technically he’s up there with the very best, but he lacks the heart, the drive and the determination of someone like Raúl.

Verón, who won basically nothing in Europe, but he played it safe back in Argentina.

Diego Maradona selecting Verón in his FIFA World Cup starting 11 has to be one of the most blatant acts of favouritism ever.

He was signed up by Everton from Udinese in 2005.

Per Krøldrup was manager David Moyes’ second-most expensive signing at the time.

Krøldrup suffered a groin injury, played one game and was then sold to Fiorentina.

There’s an urban myth that Moyes had mistaken Krøldrup for another Udinese centre-back.

Yet Krøldrup’s centre-back partner at the time was Felipe, who is shorter, Brazilian and looks nothing like Krøldrup.

He was signed up by Sunderland from Rangers in 2002

At the time, Tore André Flo was Sunderland’s record signing, but his signing had no ounce of logic attached to it.

He had only played four games the previous season, was past his best and on his way out of the Norway national team, yet Sunderland still signed him.

Flo elongated his professional football career for another seven seasons.

He retired, and then this year made a comeback at 37 years of age for boyhood club Sogndal.

Selling a deteriorating Andriy Shevchenko for an inflated £30.8 million must have been Silvio Berlusconi’s only joy that year, as his tenure as Italian Prime Minister ended.

Then-manager José Mourinho’s isolation of Shevchenko was his way of getting back at owner Roman Abramovich.

It got to a point where you started feeling sorry for Shevchenko; even when he scored that pearl of a goal against Tottenham Hotspur, Mourinho was still seen barking instructions as opposed to celebrating.

There’s no doubt that Shevchenko had class in him, but he was past his best, he was burdened with the expectations of Abramovich, and he faced a daily struggle with Mourinho.

Moved from liverpool to Chelsea in 2011

1. Had a Stephane Guivarc’h-esq impact for Spain during the 2010 FIFA World Cup. Was worse than Guivarc’h as he started more games than he did.

2. Was having his worse season at Liverpool.

3. Didn’t look like the old fernando Torres be owner Roman Abramovich only watches archived EPL footage, because this is the biggest waste of money since Manchester City signed Steve Daley from Wolverhampton Wanderers for a then-British transfer fee record of £1.43 million in 1979.

He was signed up by Southampton from Blyth Spartans in 1996.

In then-manager Graeme Souness’s defence, he thought Ali Dia was playing for Paris Saint-Germain as opposed to Blyth Spartans.

I think this story has to be not only the most recanted EPL story, but the funniest.

Did Souness not bother to do a quick background check on Dia?

Dia is related to George Weah, so he must be quality!

The Sinful Nature Of People Of Kondele In Kisumu Exposed