Spanish La Liga giants Barcelona have confirmed the signing of Turkish and Kayserispor attacking midfielder Emre Demir who has signed a long-term contract with the Ronald Koeman-led side as the Catalans look to fill the void left by mercurial Argentine playmaker Lionel Messi.

There is an acceptance around the football world that Lionel Messi who is currently playing his football in Ligue 1 with Paris Saint Germain is a generational talent that will be difficult to be replaced by Barca. 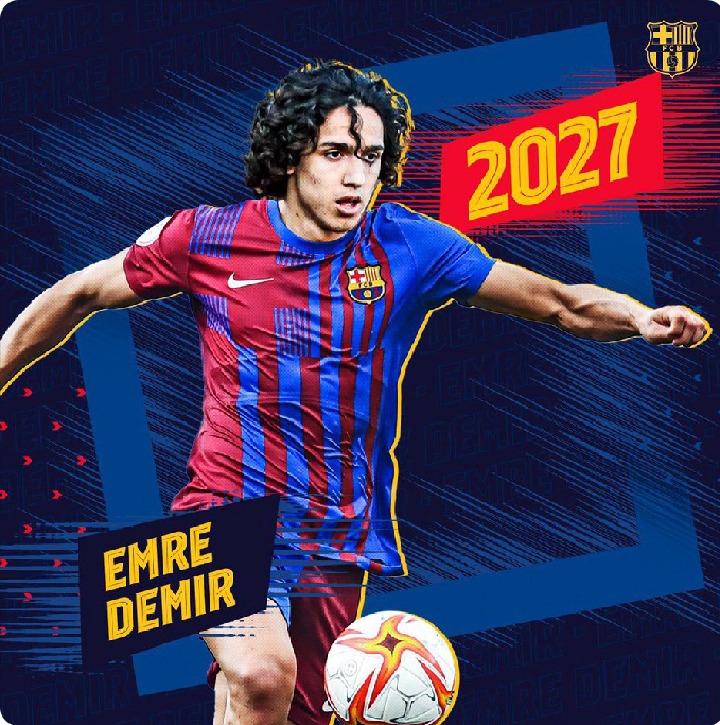 The Catalans hierarchy, however, feel that Demir has all the attributes of a young Lionel Messi and molding and nurturing him to a complete football star will be a priority for the Clasico outfit.

Italian football journalist Fabrizio Romano has confirmed that Emre has penned his contract with the Catalans and will remain with the Turkish side on a season loan long deal until the end of the campaign.

Demir has been courted by clubs across Europe with teams in Italy, Germany and France having made inquiries to sign the attacker but it is Barcelona who have won the player's signature.

Barca now hope they have unearthed another gem in the transfer market who could be lining up alongside another la Masia academy graduate Ansu Fati who is also highly rated by the football world.

Senator Being Pursued For Reportedly Shooting a Woman

RIP, Another Student Dies In The Hands Of Boyfriend Who Surrenders to Police Officers