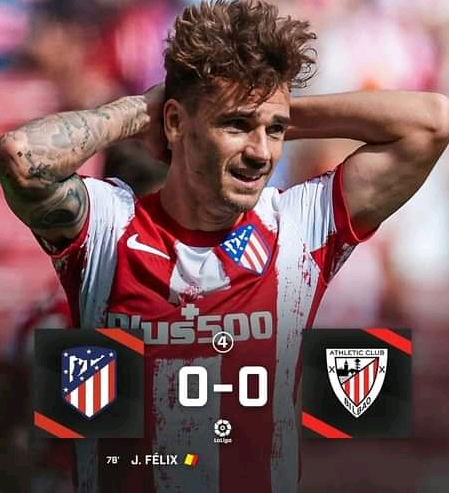 Atletico Madrid were stunned at Wanda Metropolitano after being held into a goalless draw by Athletic Bilbao. Atletico Madrid missed several open chances in the first half through Luis Suarez and Antoine Griezmann which later came to haunt them after Joao Felix was shown a red card in the 78th minute to force them to change tactics into defensive football. After the 0-0 draw, Atletico Madrid climbed up to the top of La Liga table with 11 points as defending champions while Athletic Bilbao moved up to position 4 with 9 points. 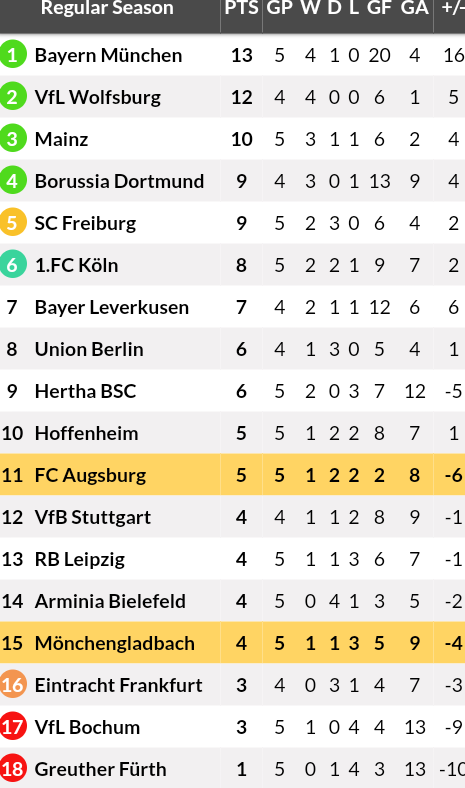 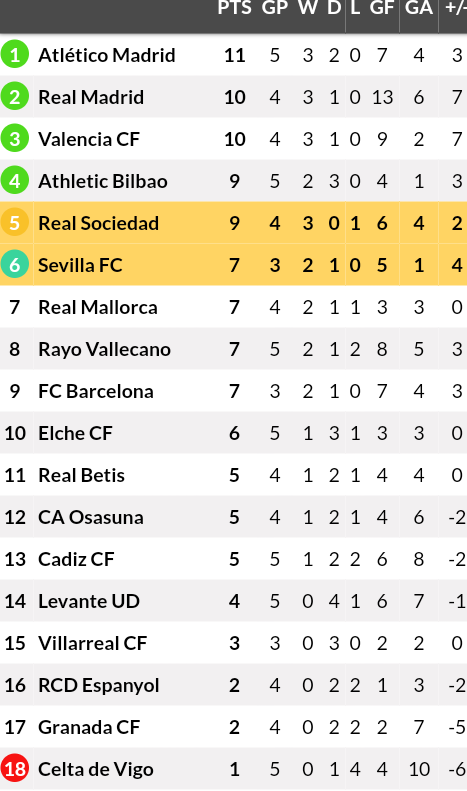 Bayern Munich have climbed up to the top of Bundesliga after ruthlessly edging Bochum 7-0 at Allianz Arena. The Bundesliga defending Champions goals against Bochum were scored by Sane, Gnabry, Chuopo Moting, Lewandowski, Lampropolous (own goal) and Kimmich who scored a brace to ensure the Bavarians claim all the 3 points. 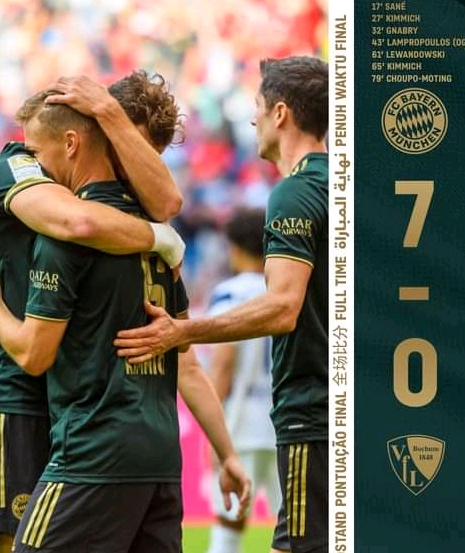 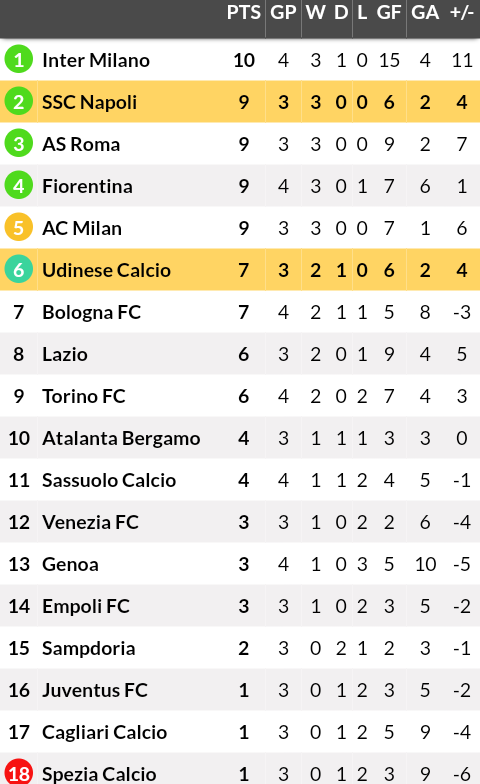 Inter Milan mercilessly smashed Bologna 6-1 at San Siro to claim 3 vital points as they push for Serie A Scuddetto title push. Inter Milan goals were scored by Martinez, Skriniar, Barella, Vecino and Edin Dzeko who scored a brace in the 63rd and 69th minute, to gift their team a comfortable 6-1 victory after Theate scored a consolation goal for Bologna. 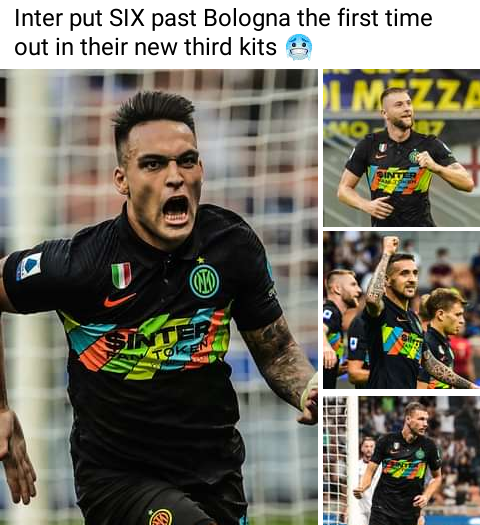 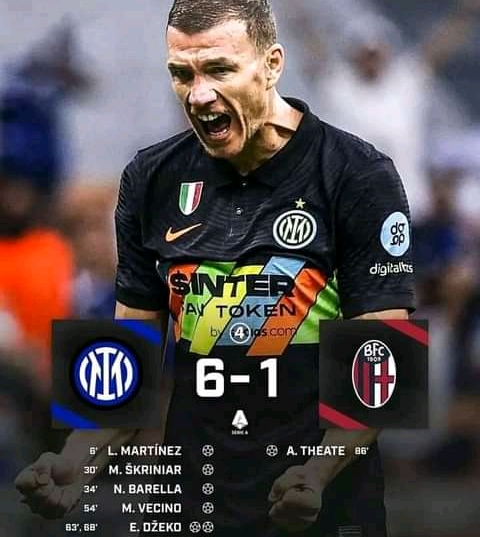