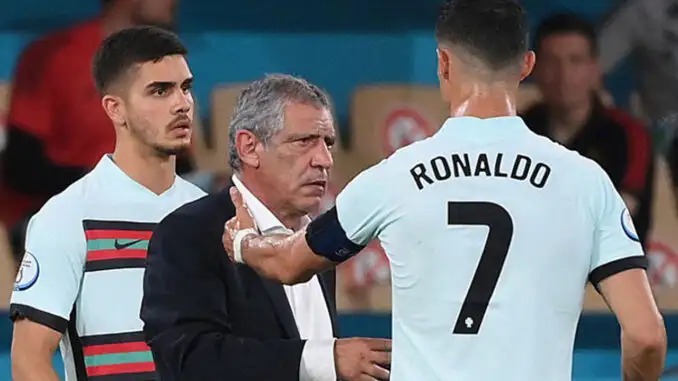 Portugal coach Fernando Santos insists there is no bad problem between him and Cristiano Ronaldo.

The former Manchester United striker was largely left out of the Qatar 2022 national team line-up, starting Qatar 2022 World Cup Round of 16 match in Switzerland on the bench, as his replacement Goncalo Ramos scored a stunning hat-trick in the 6 They won by -1.

Ronaldo was later substituted at the Lusail Stadium, as his country secured their place in the quarter-finals of the World Cup.

Ronaldo is hoping for a recall but he may face tough competition from new youngsters like Ramos. After finding the back of the net three times, Santos may have to tread carefully to maintain balance as Portugal look for their first ever World Cup win.

Santos denied any conflict between the two parties. "Cristiano and Ramos are different players," he began. "There are no problems with our captain. We have been friends for years. We talked before the game. I have no problems with my decision."

Still yet to find another club following his release, the former Real Madrid player has been linked with a move to Saudi Arabia after the World Cup ends at the end of this month.