By Joshua_Sport (self media writer) | 2 months ago Report on the game

The 1-0 victory over Pep Guardiola's team is the Foxes' third major trophy, following their Premier League crown in 2016 and FA Cup success the previous season.

After a goal from ex-Manchester City striker Kelechi Iheanacho in the 89th minute, Brendan Rodger's side won their first trophy of the season, ruining Jack Grealish's debut for the Cityzens after signing this week. 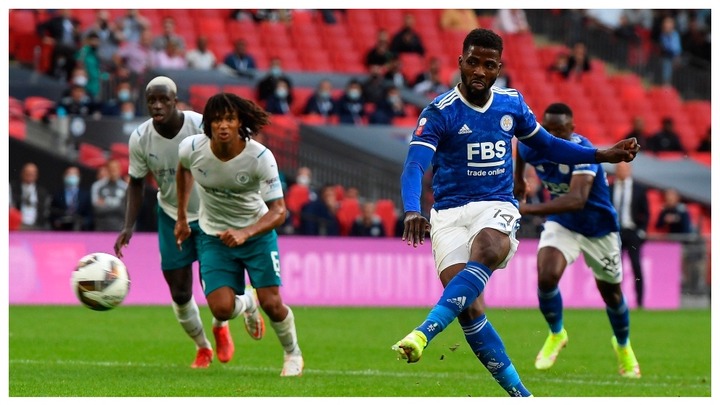 Both teams didn't field their strongest teams, hence it wasn't a memorable final. With De Bruyne and Stones out injured, and several other major names still recovering from international duty during the summer, Guardiola started new acquisition Grealish on the bench.

Despite the lack of rhythm in the encounter, which is to be expected in August with the Premier League still to begin, Gundogan and Mahrez both had early opportunities on Schmeichel's goal. 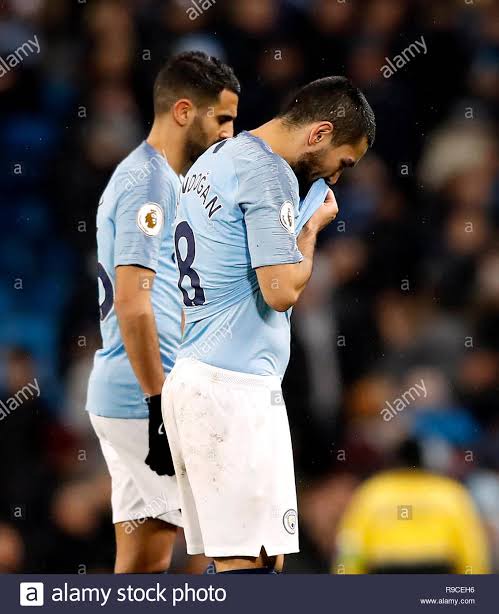 Leicester soon rallied with goals from Ayoze Perez and Jamie Vardy, but the score remained 0-0 at halftime.

At the opening of the second half, Gundogan's effort went over the bar, and ex-Leicester striker Mahrez squandered a good chance to put his team ahead.

Rodri and City's record signing Grealish (117 million euros from Aston Villa) didn't come on until the 65th minute, but he showed flashes of his undeniable quality. 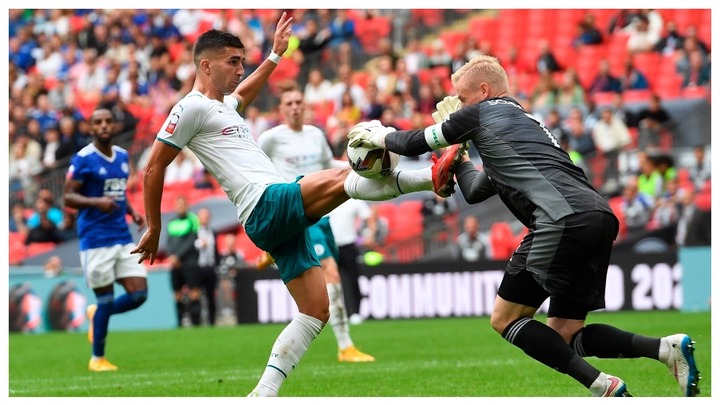 With just over 20 minutes remaining, Schmeichel denied Ferran Torres, but the tie was decided by a blunder by Iheanacho, who grabbed the ball from Nathan Ake after a pass from Rodri. The Nigerian was denied by Steffen, but referee Paul Tierney awarded a penalty for a foul by Ake on Iheanacho, who scored from the spot. 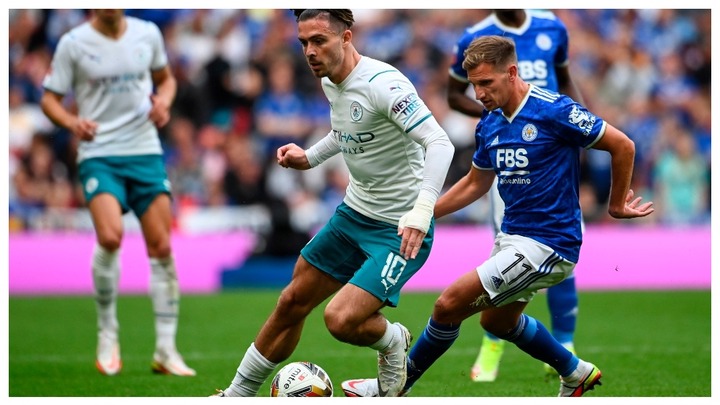 After finishing top scorer in last season's FA Cup in a less than ideal start to the season for City and Jack Grealish, Iheanacho seals another cup success for his side.