Football gives us fantastic experiences, triumphs, and joys game after game. When a football is kicked on the field, it is a sport that unites the entire world. For 90 minutes, everyone can forget about their concerns for the duration of this sport. But sport does have its sad and challenging times, and none is more devastating than witnessing our favorite football players die on the field.Here is a list of 5 footballers who died while on the field. 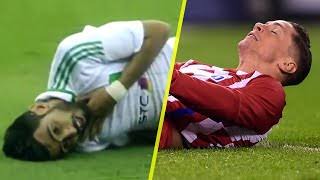 On June 26, 2003, Foe passed away while playing for Cameroon against Columbia in France. He was 26 years old. Due to an inflammation of the right ventricle, he suffered a heart attack and passed out unexpectedly on the field.

Morosini passed away on April 14, 2012, after having a heart attack during a match between Livorno and Pescara. When Morosini was brought to the hospital, he was in critical condition, but nothing could be done to save his life.

Phil O’ Donnel was the Motherwell captain and died of heart failure during a match against Dundee United in December 2007. The 35-year-old midfielder had a wonderful career and played for Scotland, Celtic and Sheffield Wednesday in his career. He collapsed just as he was about to be substituted.

On October 19, 2014, a 23-year-old midfielder for the Indian club Bethlehem Vengthlang tragically lost his life after attempting a backflip celebrating a goal.

On May 24, 2015, while competing for Atletico Parana against Boca Unidos, the 27-year-old football player fainted and died in the middle of the match.