Official: Checkout all the award winners in the 2021/2022 Italian Serie A season 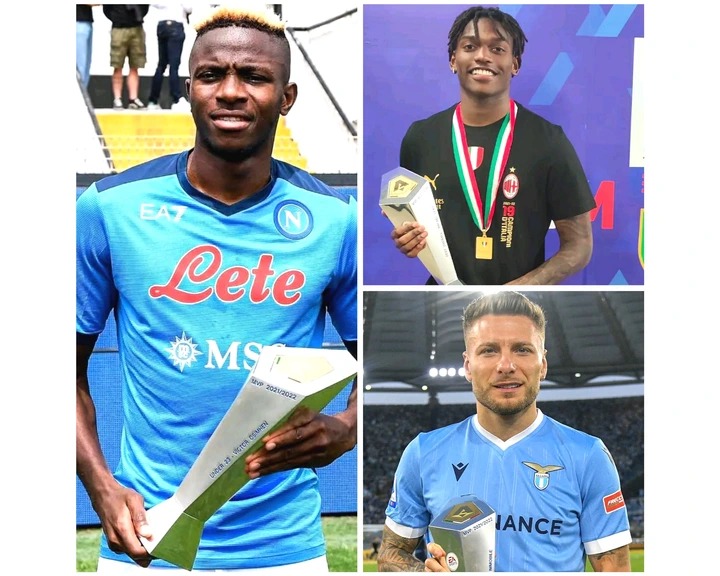 Let's take a look at the different players and teams who won awards in this year's Serie A competition in Italy.

Mike Maignan, the shot stopper for AC Milan, was selected as the finest goalie to compete in the Italian Serie A this season. This past year, the French international practically never made a mistake for his club, which resulted in them winning the Serie A championship.

Ciro Immobile, a striker for Lazio, was named the Most Valuable Player (MVP) of the finest striker in the Italian Serie A this season. The Italian national won the Golden boot title for scoring the most goals in the league with 27 goals scored for his team.

Marcelo Brozovic, a midfielder who plays for Inter Milan, has been recognized as the top midfielder in the Italian Serie A for the current season. In order to win the prize, the Croatian star athlete had to overcome opposition from players such as Sandro Tonali and teammate Hakan Calhanoglu.

Most Valuable Young Player of the Competition

Following an amazing individual season in which the Nigerian striker continually produced in front of goal for Napoli, Victor Osimhen was awarded the title of best young player in Serie A for the 2021/2022 season. Osimhen plays forward for Napoli.

Gleison Bremer, a defender for Torino, had an outstanding season for his team in defense, and as a result, he was recognized as the best defender of the 2021/2022 season.

Winner of the prize for best coach

After guiding AC Milan to the Scudetto championship, head coach Stefano Piolo was recognized as the league's top trainer and received an award in his honor.

The season's most outstanding performer

After a spectacular campaign in which the 22-year-old Portuguese striker led his team to the Serie A championship, Rafael Leao of AC Milan was named the best player of the season and received the prize that goes along with it.