By ExtraUpdates (self media writer) | 8 months ago

Newcastle United were held to 1-1 draw by Watford at St. James Park on Saturday while Norwich finally ended their losing streak after securing 2-1 victory over Everton at Carrow Road.

Chelsea suffered their third league defeat after losing 1-0 to Manchester City at Etihad Stadium. The Cityzens dorminated both the first and second half, Kevin De Bryune created difference with a powerful strike in the 70th minute assisted João Cancelo. De Bryune's goal was enough to send Manchester City to 56 points. 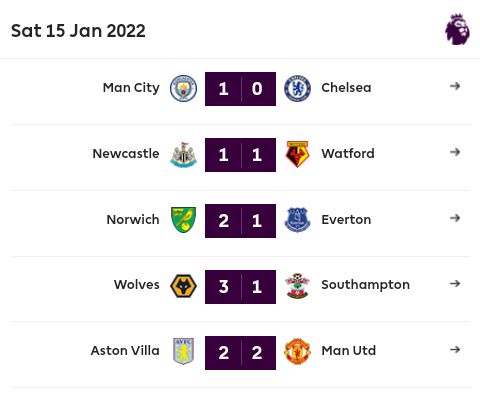 Aston Villa came from behind and secured a draw with Manchester United after a late debut goal from Philippe Coutinho. The Red Devils took the lead with only six minutes of play when Bruno Fernandes scored a super goal assisted by Alex Telles before he made it 2-0 in the 67th minute.

Two Epl matches were played on Sunday after Tottenham Hotspurs and Arsenal's clash being postponed due to COVID-19 cases.

Manchester City are leading the table in the English Premier League with 56 points and are 11 points clear off Liverpool in second position, and 13 points ahead of 3rd-place Chelsea. 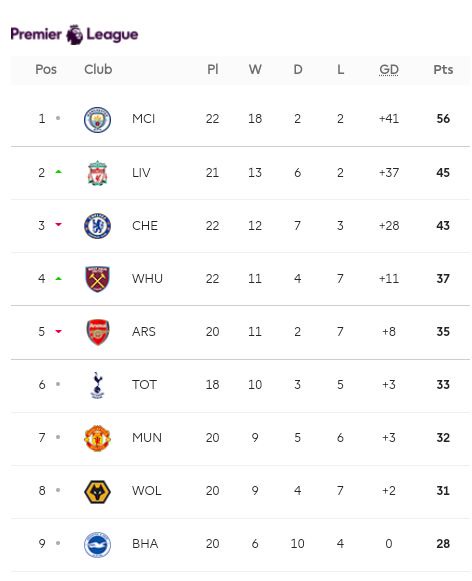 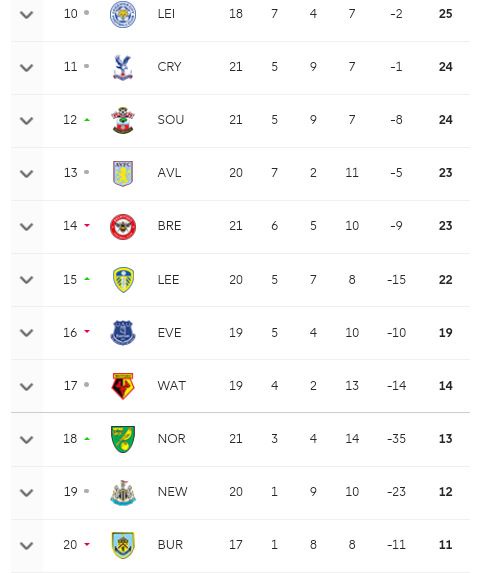 Nobody has matched Liverpool's forward Mohamed Salah number of premier league goals (16) this season despite going to represent Egypt for Africa Cap of Nations. 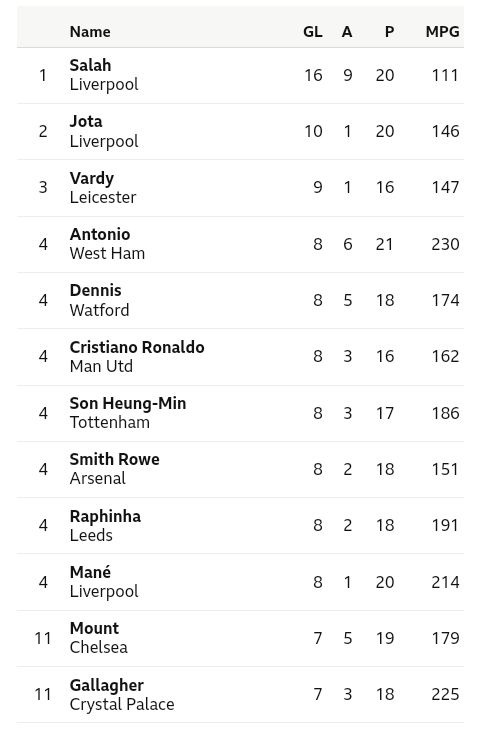 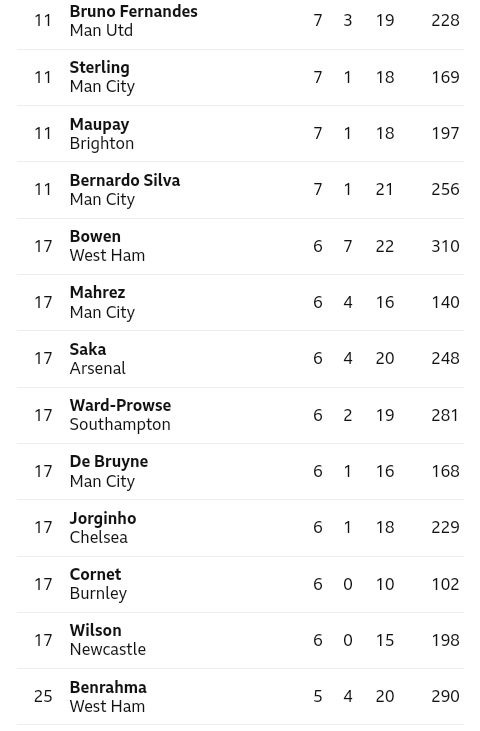 Arsenal: Klopp and Arteta to Battle for Emery’s Talisman- Why Edu is Reluctant to Initiate Talks

Arsenal: Key Man A Doubt For Spurs Visit, Wenger Issues A Warning To Pep Regarding The Gunners

Arsenal Injuries Ahead Of London Derby Against Tottenham Hotspur In Blow To Arteta Including Martin.