By CrazylassSports (self meida writer) | 24 days

Chelsea finally recorded their revenge against Manchester City successful. They have now proceeded to the finals at Wembley in two consecutive seasons. Thomas Tuchel also became the first manager to take a club to an FA Cup final. A well-organized Chelsea squad dismantled the tactics of Pep Guardiola. The Hakim Ziyech strike went down as the match winner. Kepa Arrizabalaga provided a moment of brilliance in the dying minutes when he saved a crucial shot from Manchester City side. Tuchel only singled Werner, Hakim Ziyech and Kepa Arrizabalaga for more praise. 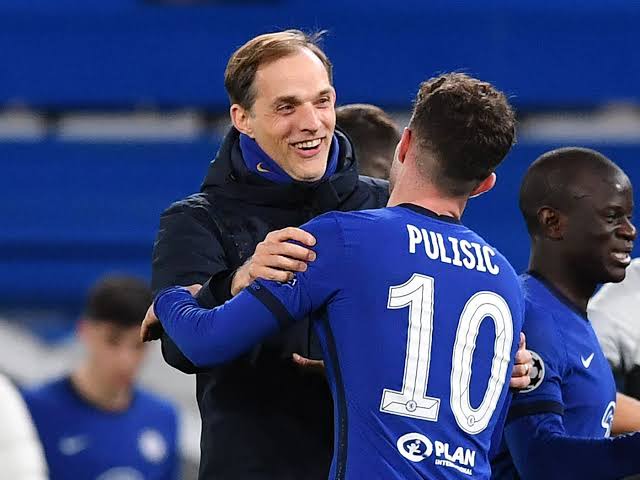 In the post match analysis, the Germany gaffer has revealed the best manager according to him in the Premier League. He claimed that Chelsea deserved to win against the best manager with the best team. He revealed that Pep Guardiola is currently the top manager coaching the best team in the Premier League. According to the past record, Tuchel has never won against Pep Guardiola hence the justification of him being the best. Tuchel claimed that Chelsea were good enough to defeat tactical genius Guardiola. The FA Cup win is the first win for Thomas Tuchel against Pep in his whole manegerial period. He also kept a cleansheet in that game.

Do you agree with Thomas Tuchel that Pep Guardiola is currently the best manager in the Premier League?