Arsenal have reportedly completed their first signing of the summer after agreeing on a €3.5 Million principle with Sau Paulo for 19 year old winger, Marquinhos. Football guru Fabrizio Romano clarified that signing Marquinhos will not interfere with Arsenal’s plans in the summer transfer window because they will still be signing two more midfielders and a striker. Arsenal might have to sign one striker if Eddie Nketiah agrees to put pen to paper but a pair if he doesn’t agree to extend his contract. 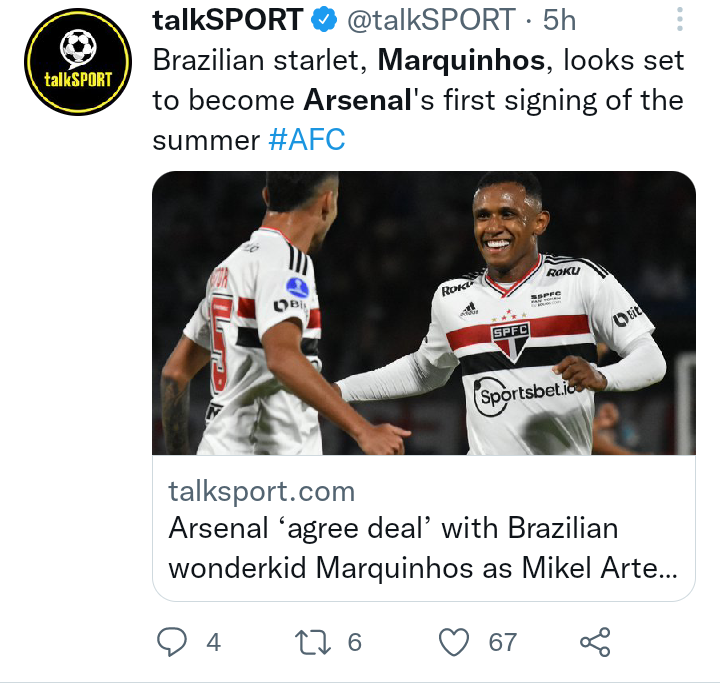 Edu Gasper got a lot of stick from the fans last summer when he splashed €150 Million on Ben White, Takehiro Tomiyasu, Albert Sambi Lokonga, Martin Odegaard and Nuno Tavares but they have all proved to be worthwhile acquisitions this season. Hopefully the next players that will be recruited in the summer will maintain the same status like the last summer transfer acquisitions.

Aaron Ramsdale has failed to keep a cleansheet in the last 8 straight EPL matches and that has evoked subtle criticism from the fans who are now claiming that the England international is on a form slump. Bernd Leno was the last Arsenal goalkeeper to keep a cleansheet and that was against Aston Villa when the Gunners narrowly won by a goal to nil. Ramsdale’s alleged “advantage” over Leno, which is his long ball passing has not really helped Arsenal during the second half of the season because no goal has been attributed or instigated by Ramsdale’s long ball.

With Matt Turner set to join Arsenal in the summer, there is a high chance that Aaron Ramsdale might have to work twice as hard in order to keep his place in the starting eleven. Matt Turner during his first interview after completing a move to Arsenal said that he is focused on pushing Arsenal to the next level and that means competing with Ramsdale for a spot in the starting eleven. 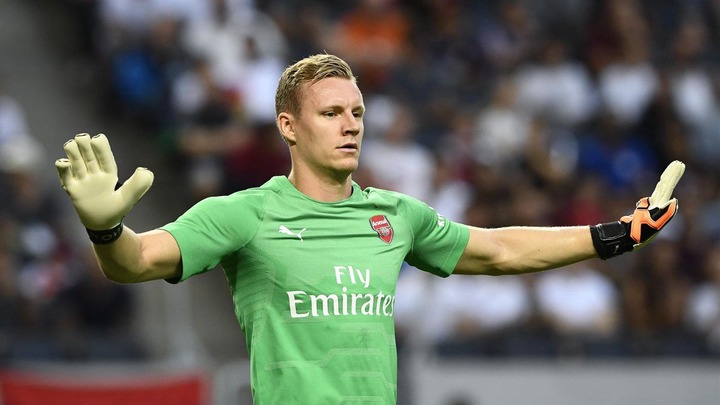 Speaking of goalkeepers, Bernd Leno is close to leaving Arsenal in the summer and fans are suggesting that now when Ramsdale in having a problem with keeping goals from going in, Leno should be given the chance to play in the next two games so that he can say his farewell to the club. Bernd Leno has attracted a lot of attention, even from Newcastle United who are prepared to make a move on him in the summer.