By SchweisteigerCalvince (self media writer) | 1 month ago

Manchester United are interested in signing Darwin Nunez this summer as the red devils are set for a revolution under Erik Ten Hag.

The club must sign a new striker this summer, but Darwin Nunez has emerged as the top target. Barcelona are also looking for a new striker.

Robert Lewandowski, Darwin Nunez and Edinson Cavani are all a target for the Spanish giants. Xavi Hernandez could release three strikers this summer.

Memphis Depay, Martin Braithwaite and Luke De Jong are all expected to leave Barcelona this summer.

Darwin Nunez has rejected the chance to play for Manchester United next season, per multiple reports. He also said NO to Newcastle United.

He wants to play in the UEFA Champions League next season and he would like to make a move to Barcelona or Paris Saint Germain. 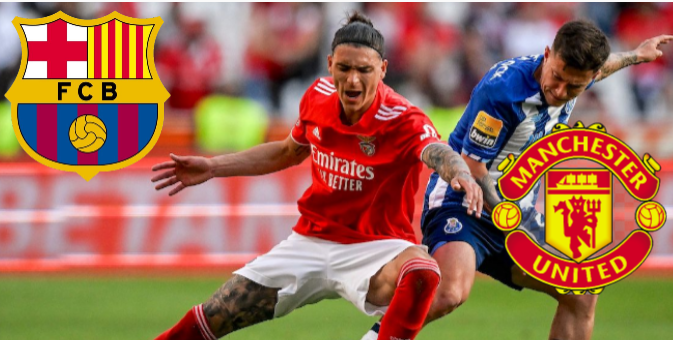 Content created and supplied by: SchweisteigerCalvince (via Opera News )