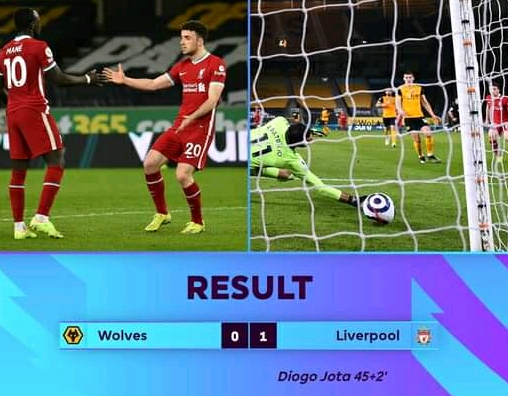 Liverpool demolished Wolves 1-0 at Molineux Stadium to seal a vital clean aheet victory & seal all the 3 points as top 4 race intensifies. Liverpool dominated the ball possession & counter attacks as they had already beaten Wolves 4-0 at Anfield in the first leg hence were clear favourites to clinch all the 3 points. Liverpool goal was scored by Diogo Jota in the 46th minute of first half added time after Sadio Mane clever pass to force a 1-0 lead at halftime. Liverpool held up to the lead in the second half althougj Salah, Mane & Firmino missed several open chances to put the visitors 2-0 up but Liverpool defence were solid to block Saiss, Neves & Neto from scoring the equalizer. After the 1-0 win, Liverpool climbed up to position 6 with 46 points after 13 wins & 7 draws in their last 29 played Premier League matches while Wolves remained 13th with 35 points. 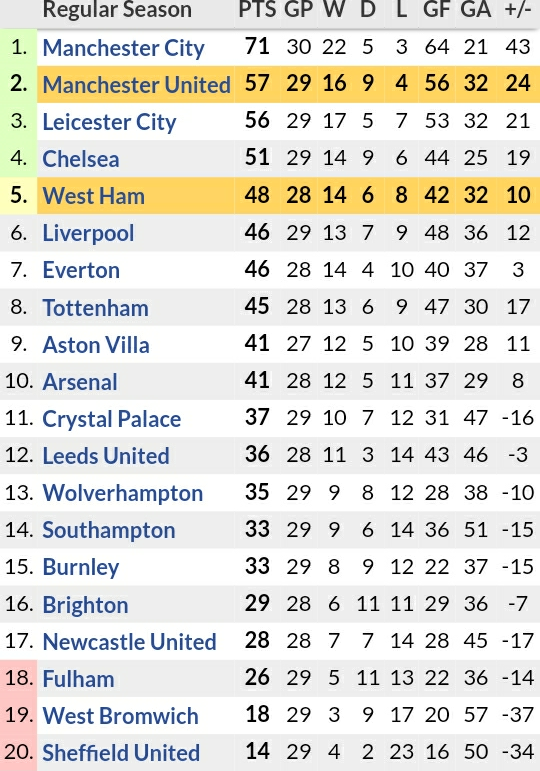 Manchester United destroyed Westham 1-0 at Old Trafford to register their 16th Premier league victory in 29 fixtures played so far. Manchester United forwards Macus Rashford & Mason Greenwood missed several Chances to score more goals for the red devils in the first half hence forcing a goalless draw. Bruno Fernandes corner kick smart delivery in the 53rd minuted was head in by Scott Mctomminnay before Dawson diverted it into his own net to gift Manchester United a 1-0 lead. The red devils did not substitute in any new players in the game for the first time since February 2020 & held on to their 1 goal advantage to seal all the 3 points. After the 1-0 victory, Manchester United climbed up to position 2 with 57 points while Westham remained 5th in the Premier League table with 48 points.

See Your Doctor Immediately You Notice These Signs On Your Neck