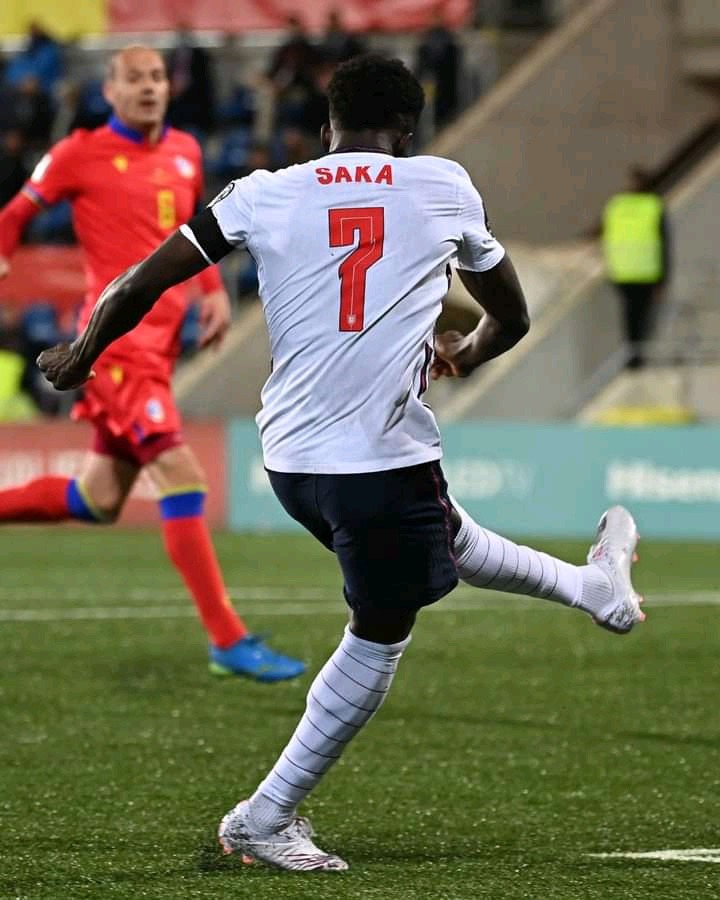 England and Arsenal winger Bukayo Saka was a man on a mission yet again as he featured for the national team.This is the second time he has scored in the qualifier matches for the upcoming World cup.

Bukao netted England's second goal of the night even as they hammered Andorra 5 goals to nill.The other scorers were Ben Chilwell, Tammy Abraham, James Ward Prowse and Jack Grealish.

In the last outing,Bukayo Saka scored a goal and gave two assists to Jesse Lingard.That was when he was celebrating his 20th birthday. 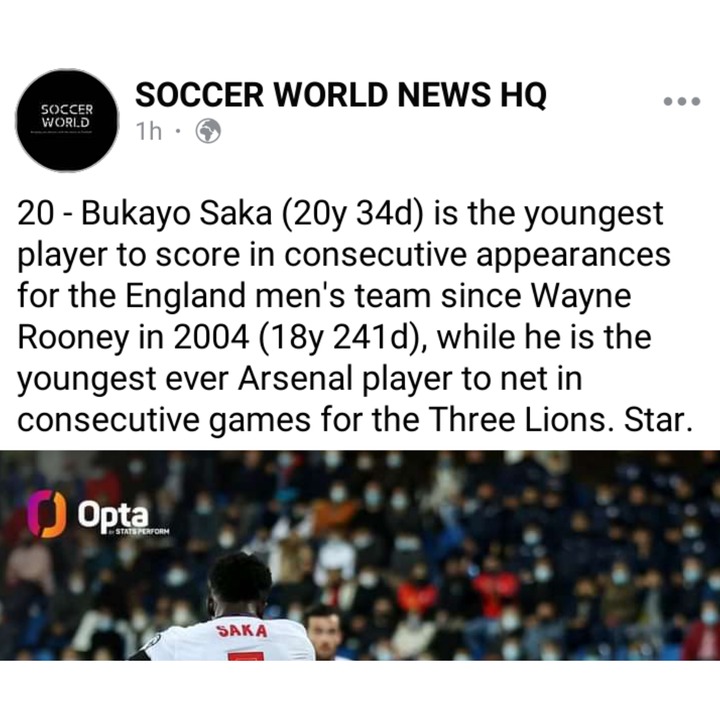 Scoring in back to back England matches means Bukayo Saka has broken Wayne Rooney's record set in 2004 as the youngest player to score in back to back matches.Even though Rooney was eighteen years then.

He also has become Arsenals youngest player to score in back to back matches.He is becoming a popular figure in the England National Team. Well done Bukayo Saka.

Can You Marry The Partner You Are Dating Right Now - Kamene, Jalango And Ofweneke Do A Survey.