By Wycliffsimbanews (self media writer) | 2 months ago

Cody Gakpo is having a season of his life as he is the top scorer for Eredivisie for PSV Eindhoven . 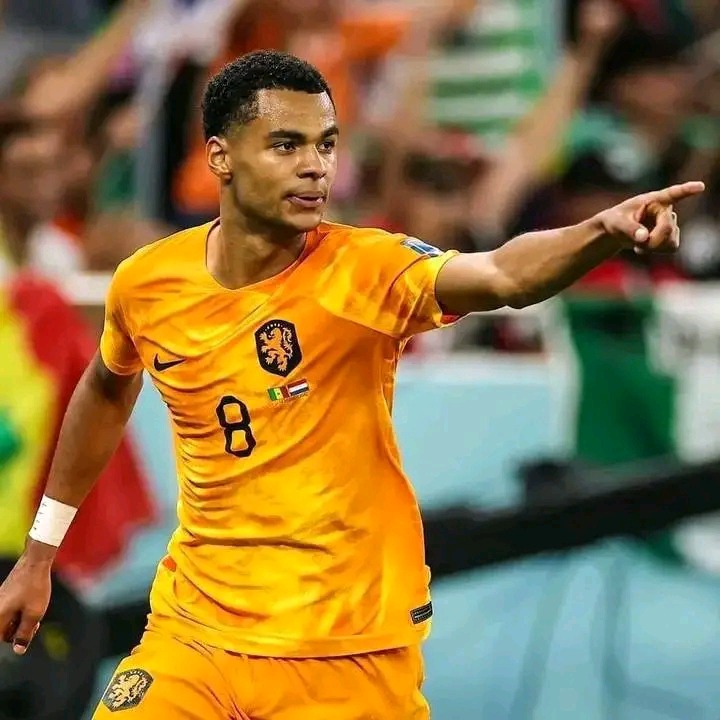 Now with Netherlands at the world cup he has already scored three goal making him the joint-topscorer alongside stars like Marcus Rashford,Lionel Messi and Kylian Mbappe.

Manchester United is the club that has been heavily linked to the signing of the striker following the departure of Cristiano Ronaldo.The player earlier admitted that talks had already taken place over the summer though the deal did not succeed.

If United go back for him in January,his international manager Luis Van Gaal have told them what they expect.

"Cody is a very young player-he is 23 but looks younger.He has only been playing with PSV for two,three years and always played from the left.He did not want to play in the centre or at 10, but he did have to for me.Now he thinks am a great head coach."

Cody will be in action next against Argentina as he looks to send his side to te semi finals.

Content created and supplied by: Wycliffsimbanews (via Opera News )