Real Madrid's striker, Karim Benzema put his name in the history books of the UEFA Champions League following his performance against Manchester City. 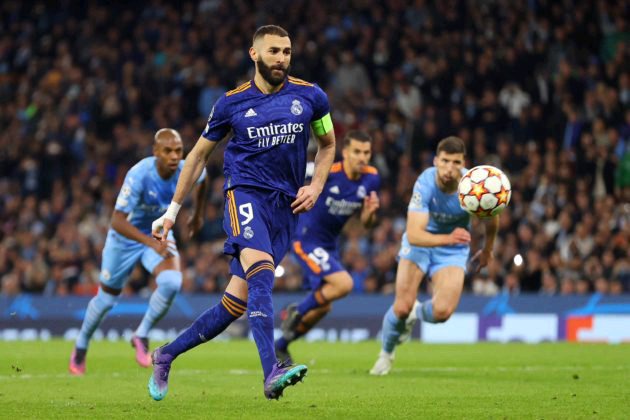 Since the start of the 2021/22 soccer season, the French forward has been in incredible form. When he scored a hat trick against Manchester City in the Champions League Semifinal, he demonstrated his eminence.

After scoring five straight goals in the knockout stages against clubs from a single country in a single season, Benzema became the first person in UEFA Champions League history to accomplish this feat. This is the second time the Frenchman has scored three goals in the quarterfinals, this time against Manchester City at the Etihad Stadium.

When the two teams meet for the second leg at the Santiago Bernabeau, Real Madrid fans hope that he maintains his current form. With his maintained performance, he might have the opportunity to carry home the golden boot if he scores for the semis and finals.

However, he has to tighten and add more goals for his competitor Lewandoski is right behind Benzema with him having 13 goals.