By Kewritings (self media writer) | 3 months ago

With Manchester United’s team looking rather full, it seemed inevitable that some players would go, either permanently or on loan.

Amad was one of the men who was denied a loan over the summer. Unfortunately, he’d be sidelined by an injury just hours before signing a short-term deal with Atalanta.

Six months later, Amad is finally leaving the Theatre of Dreams on a temporary basis. The youthful attacker will join Rangers in the Scottish Premier League for the rest of the season, it was announced earlier today.

Amad would head to Twitter shortly after the signing was announced to offer a message to the fans, holding his new number nine shirt aloft and stating he can’t wait to get started.

Given that Amad isn’t in Ralf Rangnick’s plans for the 2021/22 season, this has always seemed like a sensible idea. 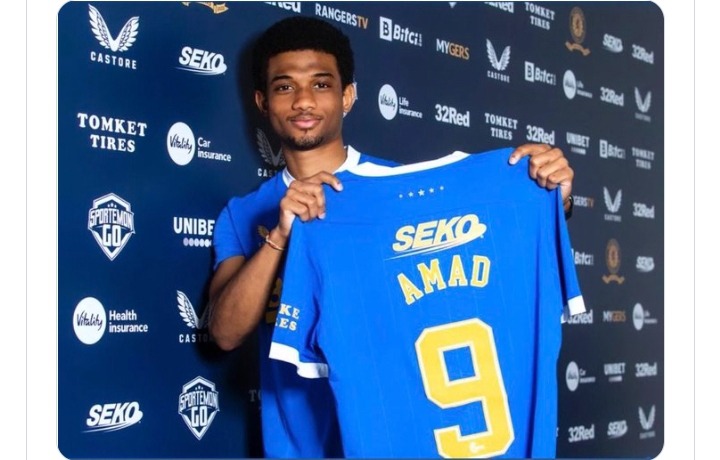 There’s only so much Amad can learn from his United teammates in training before he needs to be playing frequently to reap the benefits.

This transfer to the Rangers will undoubtedly benefit him in the long run. Playing in such a physically demanding competition for a top-tier team will assure his development as a footballer over the next five months.

Rangers are a large club that has suffered a major injury on the right side of their assault. With that in mind, I absolutely anticipate Amad playing on a regular basis. This is a fantastic opportunity for him.

Content created and supplied by: Kewritings (via Opera News )