Liverpool and Netherlands defender Virgil Van Dijk is one of the best defenders in the world as of today.While speaking with Liverpool tv,Van Dijk names these five defenders as the best alongside himself.His number one he says is Spain and now Paris Saint Germain player Sergio Ramos whom he believes is the greatest due to the many years he has played in addition to multiple trophies won. 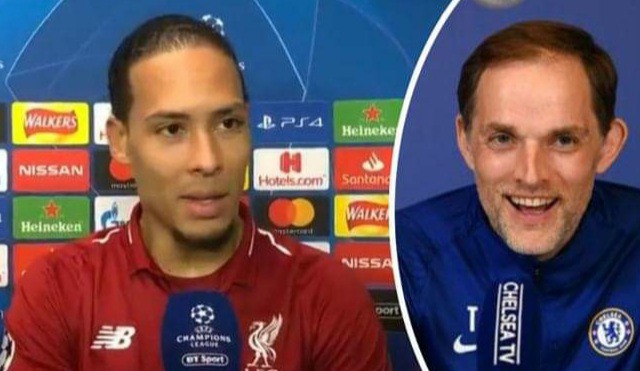 At number two Van Dijk names Chelsea and Brazil International Thiago Silva who he admires because of his hard work and consistency over the years.Number three he says is Barcelona and Spain's Gerard Pique because of his resilience.At number four he names Germany and Chelsea's Antonio Rudiger whom he says is underrated despite putting in world class performances for the blues week in week out.His final pick is Manchester City and Spain defender Laporte whom he believes is his way to becoming the best soon.